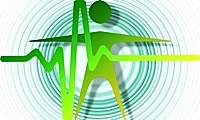 3:37PM EST November 25. 2012 - Income from invention royalties at the University of Minnesota and University of Iowa has plummeted faster the past two years than at all but a handful of U.S. research institutions, an analysis of royalties data shows.

Of universities that earned more than $2 million in royalties in 2009, the University of Minnesota saw the biggest drop in revenue over the next two years, Association of University Technology Managers data show.

Minnesota lost $75 million in licensing revenue from 2009 to 2011. An expiring anti-AIDS drug patent dropped its income last year to $10 million. Iowa's royalties plummeted from $43 million in 2009 to $6 million last year, also because of a single expired drug patent.

To read the full, original article click on this link: Universities struggle with falling invention royalties