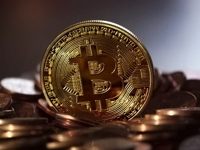 The price of a single Bitcoin has seen a massive increase since the cryptocurrency was first introduced in 2008 — with big ups and downs along the way. It climbed to an all-time high of around $60,000 in April, and has continued fluctuating since.

Despite the volatility, Bitcoin continues to draw interest from investors for its long-term record of building and maintaining value. But unlike a stock, which has value because it represents part ownership of a company, or even a bond, which represents the value of a debt you’ll be repaid upon maturity, it can be harder to pinpoint the value created by a decentralized, digital currency with such a short history.