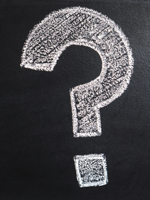 Even as the venture capital industry shattered all records last year, it also continued to see significant changes to how it operates and its place in the startup ecosystem.

Last year saw seismic changes brought about by the likes of large hedge funds such as Tiger Global and Coatue pouring money into venture-backed startups and spiking valuations. It also saw some legacy players change the way they play the venture game, including Sequoia Capital’s plans to change its fund structure.