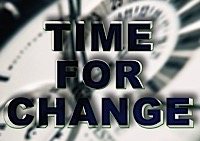 PHOENIX, Ariz. – May 11, 2010 — A relentless supporter of Research & Development (R&D) Tax Credits, the Arizona Technology Council celebrated the passage of Arizona State Senate Bill 1254, signed into law today by Arizona Governor Jan Brewer. By offering taxpayers that employ less than 150 full-time employees a discounted refund of 75 cents for each dollar of an R&D tax credit already earned, this important legislation has the affect of providing small technology companies access to much-needed capital for fostering job creation and global competitiveness. Total refunds for all taxpayers are limited to $5 million per year.
“This legislation is good public policy that rewards small innovation-based companies for their investments in R&D and allows them to create high paying, high quality jobs in Arizona,” said Steven Zylstra, president and CEO of the Arizona Technology Council. “We appreciate everyone who stepped forward to make it possible including legislative champions Senator Barbara Leff and Representative Lucy Mason who have worked with the Council for years to direct this legislation successfully through the process.  The Council would also like to thank Senators Manual Alvarez and John Nelson, House Majority Leader John McComish, Majority Whip Andy Tobin, Representatives David Stevens and Chad Campbell.”
“Senate Bill 1254 was truly one of the most important pieces of legislation we produced this session,” said Senator Leff.  “This tax credit will ensure that Arizona remains competitive in attracting fast-growing, high tech companies.”  Representative Mason added, “We want the backbone of the high tech industries in Arizona, those companies with fewer than 150 employees, to benefit from this legislation’s research and development credit; for we know when they succeed all Arizonans benefit.”
Access to capital is the lifeblood of high-tech startup companies, especially in the critical early years when they are developing products but don't generate profits. Venture Capital (VC) is often the major source of early-stage funding, but Arizona ranked 39th in growth in VC investment from 2002 to 2008, according to a Milken Institute report on Arizona high-tech development issued in December, 2009.
By modifying Arizona’s existing R&D Tax Credit legislation to allow for the discounted refund as opposed to strictly a tax credit, SB 1254 puts cash in the pockets of entrepreneurs who are often trying to move from research to prototyping and limited production. In return, the state actually reduces its liability by applying the 25% discount to its accrued tax credit obligation.
“In many ways this legislation is really a capital formation initiative,” said Howard Stewart, president, AGM Container Controls, who testified in favor of the legislation. “Arizona has become creative in how it is mobilizing funds in the private sector to grow our economy.”
The R&D Tax Credit is widely successful in Arizona, especially since its expansion in 2007. According to recent data from the Department of Revenue, in 2007 161 individual taxpayers claimed $2.6 million in credits while 185 corporate taxpayers claimed $43.8 million.

The R&D tax credit law has spurred economic development and innovation for both large and small companies. Evidence of success is demonstrated by Intel’s announcement in 2009 of their $3 billion investment in Chandler, reported to be partly due to Arizona’s R&D Tax Credit.

About the Arizona Technology Council
The Arizona Technology Council is a private, not-for-profit trade association founded to connect, represent and support the state's expanding technology industry. To promote economic growth and professional development in Arizona's technology sector, the Council provides members networking opportunities, business support and access to educational forums. The Council strives to distinguish Arizona as a leader in the technology community and offer resources that are exclusive to its members. To become a member or to learn more about the Arizona Technology Council, please visit http://www.aztechcouncil.org. You are also invited to This email address is being protected from spambots. You need JavaScript enabled to view it. the president and his staff, Twitter @aztechcouncil, or view the Council’s Facebook, LinkedIn, or Plaxo page.