It isn’t just anti-vaccine conspiracy theorists who are reluctant to get COVID-19 vaccines: In one recent survey, nearly half of Americans said they were hesitant to get vaccinated. Only 53% said they would be willing to do it; of the rest, most said they thought the vaccines were untrustworthy. But if at least 70% of the population doesn’t get the shots, it will be difficult to get the virus under control. Here’s why experts say that you should be confident getting vaccinated.

The Government Accountability Office (GAO) has found that the National Institutes of Health (NIH) and the departments of the Navy and Education awarded $31.6 million in obligations to nontraditional companies in fiscal years 2019 and 2020.

GAO said Friday the Department of Health and Human Services (HHS) component accounted for the most awards to companies backed by private equity firms, venture capitalists and hedge funds during that time period as part of the Small Business Innovation Research (SBIR) Program.

Sebastián De Toma joined Pfizer’s clinical trial last year, getting his shots in August and September. The Argentinian journalist still doesn’t know if he got the real covid-19 vaccine or the placebo, but on Sunday, January 31, the trial doctors called him with a new offer.

Would De Toma be willing to undergo a series of nasal swabs to regularly test for the virus? He says the doctors offered to send Cabify (a Spanish ride-sharing service) to bring him to the Hospital Militar in Buenos Aires. “They’ll swab me on the go, through the car window, and that’s it,” says De Toma.

When the pandemic hit the U.S. last year, millions of jobs switched to remote work basically overnight, and as the year unfolded, many of those employers and employees realized this virtual work setup was, well, working. Major companies announced they’d be extending their work-from-home policies through at least 2021, if not indefinitely. People who had always been anchored to a city because of their job are now asking themselves a big question: 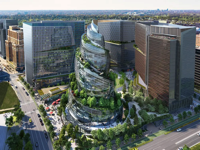 Amazon has unveiled the design for HQ2, its futuristic new campus in northern Virginia.

The new headquarters will be home to 2.8 million square feet of office space across three buildings and 2.5 acres of public space. The centerpiece of the campus will be the Helix, a glass structure with walking paths winding around the outside of the building.

Image: The Helix at Amazon's new HQ 2 in Virginia. NBBJ/Amazon

This online application pertains to the National Foundation for Cancer Research’s (NFCR) next Salisbury Award Competition for Entrepreneurial Translational Research.

Submitted project applications for scheduled Salisbury Award Competitions will be reviewed by NFCR. Selections will be made based on the quality of responses, and submitters will be informed in a timely manner.

A maximum of 30 minutes will be allocated per project, including segue and question and answer periods, and visual presentations (such as PowerPoint) will be required.

Most entrepreneurs I meet are reluctant to disclose anything about their idea to investors before getting a signed confidential disclosure agreement (CDA). Professional investors and advisors, on the other hand, usually refuse to sign these agreements today due to the risk of litigation and administrative workload, and will walk away. How can you make this a win-win opportunity?

The COVID-19 pandemic has upended the US economy. Headlines highlighting a return to economic growth mask a deeply unequal recovery for workers. While 75 percent of GDP losses have been recouped as of November 2020, only 60 percent of job losses have been recovered, and improved unemployment numbers fail to account for the fact that permanent job losses (such as layoffs) doubled in the first nine months of the pandemic. This dynamic mirrors a trend observed after recessions in 2001 and 2008, when the United States faced “jobless recoveries.” 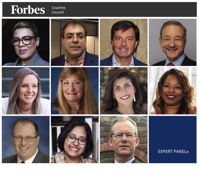 Starting a new business is incredibly stressful. All of the weight on your shoulders can lead to anxiety. Left unchecked, this can become a more serious problem that holds you back from reaching the success you are envisioning.

While anxiety may always be a part of the entrepreneurial process, it does not have to hinder it. Below, 11 members of Forbes Coaches Council share powerful ways for entrepreneurs to overcome and manage the anxiety that will always be an inevitable part of their journey. 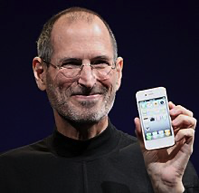 Entrepreneurship is a topic that fascinates the brightest and wealthiest people. There is something magical about how a talented entrepreneur can change the world. But who are entrepreneurs? What makes them special? What is the definition of an entrepreneur? In this article, we will look at the five major elements of an entrepreneur.