The Economic Alliance of Greater Baltimore (www.greaterbaltimore.org) and BioHealth Innovation (www.biohealthinnovation.org) have partnered to host a Forum focused on the growing Digital Health industry in the Baltimore/Washington region and beyond. The Forum is free and will be held virtually on March 25, from1 – 3:00 pm. There is no fee and all are welcomed, but you must register in order to receive the link to the event. 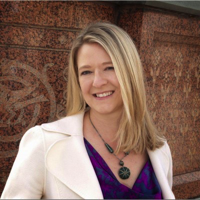 Coming out of the pandemic, if the Biden Administration can hone its economic policies, the United States may see a golden age of entrepreneurship. There are already signs a growing number of students are considering entrepreneurship as a career path.

Gen Z grew up in an era when entrepreneurs were put on pedestals, and business leaders like Elon Musk and Jeff Bezos hold a disproportionate mindshare of the U.S. public. Entrepreneurs have a new prestige factor. The number of entrepreneurship programs is exploding, too, and now numbers at more than 250 across the country.

For most entrepreneurs, their current business is not where they intend to stay until they die. At the right time, they all intend to make a graceful exit, and leave while still perceived to be on top of their game. The challenge is how to know and exit gracefully when the right time has come, without trauma to either the company or themselves.

It's no secret that the venture capital industry is too male-dominated, which is a result of many factors - unconscious biases, stereotypes, the 'motherhood penalty', not recruiting enough candidates from non-traditional paths, and many more.

According to a 2020 report from Women in VC - the world’s largest community for female investors, only 4.9% of VC partners in the U.S. are female. Of that percentage, the majority are still white. Just 0.2% of VC partners are Latinx women and 0.2% are Black women. We need to do more and do better to change this. The diversity numbers for founding women partners also require significant improvement - only 0.8% are women of color, which is less than 1% of all VC partners in the U.S. But, it's not all that grim - this research has found that over the last five years, the number of women-led funds has nearly quadrupled, and there is evidence this rise is accelerating.

I often say that starting a company is like jumping off a cliff and building an airplane on the way down. It’s a vivid metaphor that contains a lot of truths. First, you’ll need courage and optimism. You have to believe you can pull it off. Next, you’ll need ingenuity. Assembling a plane takes talent and skill, even under calm circumstances. In the chaotic rush of a death- defying plunge, you need agility. You need to react quickly. You need to be calm under pressure. You need to find the plunge exhilarating.

The IBM Institute for Business Value and Oxford Economics conducted a study called ‘Entrepreneurial India’ which found out that 90% of Indian startups will fail in the first five years of their establishment.

The study included interviews of 600 startup entrepreneurs of which 300 were Indian; 100 government leaders along with 100 venture capitalists, 1500 leaders of established companies, and 22 educational institutions.

Would you be excited if your boss started a meeting saying: “I want to remind you that you’re a cog in a machine whose primary purpose is to hit our financial targets”?

It’s hard to imagine that you would feel much joy or pride of ownership in your work if your contribution was reduced to your financial output. While this specific wording may be a bit exaggerated, it’s not a far departure from the message that many employees hear on a daily basis.

GET Cities is proud to work in Chicago—a city with a growing tech sector, strong academic institutions, and vibrant entrepreneurial and venture ecosystem, where one in three startups are run by women.

Billionaire Warren Buffett encouraged investors to maintain their faith in America's economy and the businesses his Berkshire Hathaway conglomerate owns in a reassuring letter to his shareholders Saturday.

Your boss has left the organization and you’re named interim replacement. Congrats! Well, sort of. It’s not a given that you’ll become the permanent replacement. What’s the best way to maximize the chances that you’ll get the full-time job? How should you manage the team so they respect your authority and support your candidacy? And how do you handle the stress of feeling like you’re on a constant job interview?

Last year, media reports showed surreal images of previously bustling streets laying empty as stores were shut and WFH became the norm. Among the few who kept working in close contact with the public during the pandemic were gig workers, such as drivers and bike couriers. It suddenly dawned on the majority that the expression “essential workers” applied beyond the world of doctors and nurses.