The world’s largest physics experiment is back in service: the LHC particle accelerator near Geneva is being relaunched. It was closed for three years for improvement, and here it is again: on April 22, CERN’s biggest collision, the biggest in the world. It is in the testing phase until summer. He would then spend four years exploring the secrets of the subject. 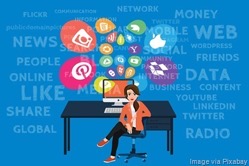 Marketing is everything these days. You can have the best technology, but if customers don’t know you exist, or they don’t know how your technology solves a real problem for them, your startup will fail. Yet I see many technology entrepreneurs that focus on the basics of marketing too little and too late. 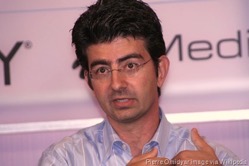 In my experience as a business advisor and angel investor these days, I seem to more frequently hear from entrepreneurs and business owners with “can’t-fail” or “get-rich-quick” ideas. In my view, these are the least likely to succeed, partially because the people behind them have the wrong expectations and traits. The instant gratification approach just doesn’t work in business.

Building a plane while flying it isn’t typically a goal for most, but for a team of Harvard-led physicists that general idea might be a key to finally building large-scale quantum computers.

Described in a new paper in Nature, the research team, which includes collaborators from QuEra Computing, MIT, and the University of Innsbruck, developed a new approach for processing quantum information that allows them to dynamically change the layout of atoms in their system by moving and connecting them with each other in the midst of computation.

Image: Dolev Bluvstein, Harry Levine (on the laptop), Sepehr Ebadi and Mikhail Lukin, on right, standing next to their neutral atom quantum computer, on left. Their new quantum processor can move atoms while preserving their quantum entanglement, enabling new types of computations where any two qubits can be entangled, even if they are far apart. Credit: Rose Lincoln/Harvard Staff Photographer

Most of you business owners I know are looking forward to the day when your product, team and processes begin to mature, and your business growth keeps tilting upward as you scale. You expect to relax a bit, and relish in the success that you see coming. Unfortunately, without your proactive efforts to counter predictable market challenges, early growth can quickly stall. 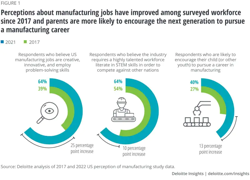 There is good news to report in the Deloitte and The Manufacturing Institute 2022 Manufacturing Perception Study (hereafter referred to as “the study”). Compared with our 2017 study,1 significantly more respondents believe that manufacturing jobs are innovative and more respondents are likely to encourage their child to pursue a career in the industry (figure 1).

Quebec International (QI) is proud to present its activity report, which reflects the outstanding results of the initiatives and accomplishments achieved for the fiscal year 2021. The Report shows that QI's increased efforts have resulted in an economic impact of $973.9M, an increase of more than 32% over 2020.

QUÉBEC INTERNATIONAL IN NUMBERS This considerable increase makes even more sense in terms of the services offered. Thus, each public dollar invested will have generated $83 in economic spin-offs in the Quebec City region. 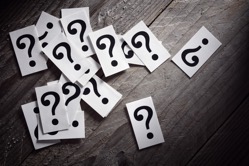 As a founder, it’s never been more important to know the nuances of the angel versus VC debate.

Everyone is an investor these days. During our current Cambrian explosion of rolling funds, syndicates, roll-up vehicles, and emerging funds, angels and VCs are often confused as the same. When founders come to me about fundraising, I like to distinguish angels from VCs so they have the mental clarity to pull each of these investing levers. 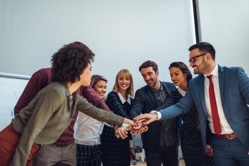 Marjorie, an HR professional, receives a seemingly impossible mandate. She is asked to recruit six Spanish-speaking, front-end programmers with at least 10 years of experience, able to relocate to Miami, in southeastern United States, all within a month. Not so many years ago, this would have been impossible. Today, she feeds the requirements into her AI-enabled recruiting system, which immediately prospects for candidates across the key job aggregators, like Indeed, and all major social and professional media sites, including Facebook and LinkedIn. It also combs through the firm’s database of past job applicants. 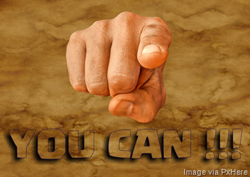 One of the first harsh realities that every entrepreneur has to learn is that most of the things that are critical to startup success are outside of their direct control. Just because you dream it and build it, doesn’t mean they will come – that encompasses not only customers, but also investors, partners, team members, and even your own family. They won’t come if they don’t trust you. 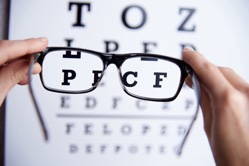 New small business owners face a myriad of challenges getting their business ideas up and running. Marketing, securing products, staffing, and establishing processes are just few challenges new owners might have to navigate. However, there is a whole other set of challenges that are often unexpected, the unwelcomed “partnership” with government, federal, state, and local. Likely aware of the tax law, what probably surprised them was the plethora of regulations, compliance costs, licensing, etc. associated with their new firm and location. Just cutting a curb to provide customer access to your parking lot can be a huge headache. Unfamiliar names like OSHA, EPA, FDA and others suddenly demand your attention and compliance with their rules. 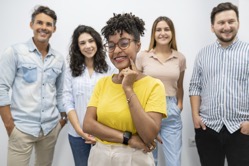 If you have ambitions to be an entrepreneur, but don’t have an idea for a startup or lack the risk-taking mindset that might be necessary, where do you go? You go to large corporations who actual need people like you to be creative and innovative, perhaps even disruptive but not to the point of leaving the company. It’s a very fine line for management to recruit people who have the core tenants of being an entrepreneur and to effectively manage them working inside a large company. Let’s look at how these companies might define and support corporate entrepreneurship.