MASSACHUSETTS’ GREATEST natural resource is its stock of 535,000 college and graduate school students. Human capital brings the ideas and entrepreneurship needed for regional success, yet too many of our students leave, including the entrepreneurs who created Facebook. Retaining talent requires us to fight the regulations that make entrepreneurship too rare and housing too expensive, but the state should also aim at winning students’ hearts while they are still in school.

Skills predict urban success. Across metropolitan areas, an extra 5 percentage points of the adult population with college degrees in 1970 has resulted in an 8 percent more population growth and a 4 percent more income growth. Yet the Federal Reserve Bank of Boston’s Alicia Sasser found that 29.5 percent of New England’s college graduates left the region within a year of graduation, the highest out-migration rate in the country. That exodus reflects our schools’ aim of educating the world, but the state not retaining the graduates.

From the most mundane transaction to strategic high-level boardroom dealings, knowing how to negotiate is integral to success and survival. Yet few have mastered the art of successful negotiation or ‘value negotiation’ as INSEAD Affiliate Professor of Decision Sciences, Horacio Falcao, calls it.

That, he says, is because many people approach negotiations with the wrong approach. “I think that people just stop at ‘I want to win’. And that, throughout the negotiation, some will (find out whether) they are willing to do whatever it takes or not,” he told INSEAD Knowledge.

That, he explains, is the ‘win-lose’ approach, which as the term suggests, does not add value to at least one party. “Now, someone who chooses a win-lose way of approaching a situation, and therefore a process of win-lose -- normally called ‘bargaining’ as well -- they will probably come in with an idea closer to how can I use my power to obtain what I want -- meaning, how can I get what I want even at the expense of the other. And in doing so, they’re more likely to create a win-lose situation and therefore a win-lose outcome.” 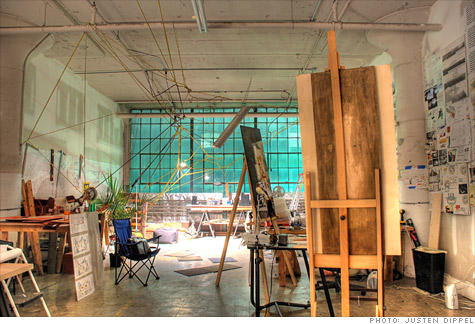 FORTUNE -- This is a story of two Detroit factories, one a symbol of despair and the other of promise. On the one hand is the old Packard car plant on East Grand -- 3.5 million square feet on 38 desolate acres. Broken windows, crumbling bricks, creeping vines, and a FOR SALE sign that's been hanging there for years. "Most of the interest," realtor David Wax told us, "is to tear it down for the steel in the building."

On the other hand, just down the road, stands an icon of hope, a gargantuan factory complex, the Russell Industrial Center. It has the same lofty pedigree as the Packard plant (both were designed by Albert Kahn) and a similar vintage (it was built in the 1920s). As the former headquarters of Murray Corp., which made bodies for Ford in the glory days, this plant, too, is inhabited by ghosts. Here, however, the ghosts share quarters with some spirited company: a menagerie of glass blowers, cabinetmakers, architects, seamstresses, a sneaker designer, and three women who teach pole dancing, among others -- 160 small-business tenants in all, most of them operating on the frontlines of Detroit's burgeoning creative economy.

It’s now very clear to me: a successful M&A exit is far more likely for entrepreneurs than the once vaunted IPO. Structural changes in the venture-IPO ecosystem over the past 15 years have made it increasingly difficult for young companies to successfully tap the public markets to fuel their continued growth. While this fact has significant negative consequences for long-term job growth in America, it does not leave startups without hope. Increasingly, the exit pendulum has swung in long-term favor of M&A transactions as multinational corporations have retuned their own innovation models in favor of acquiring outside companies versus internal development of innovation. As a former CEO, I tend to shy away from strategies that require events to occur over which I have very little visibility, and absolutely no control, to make my business plan work. Building startups for acquisition has always been a cornerstone strategy of Allegis Capital and we have had great success, but now acquisition is becoming the only viable strategy for many of today’s start-ups.

The good news is that the M&A market, which has been showing increasing signs of vigor in recent months, is likely to post a healthy showing this year and soar in 2011. This was the prediction of Jamie Montgomery, CEO of Montgomery & Co., at the May 2010 Allegis Capital limited partners meeting in California, and it makes sense to me. Acquisitions of venture-backed companies have always been strong—about 450 a year, on average, compared to a long-time average of 85 venture-backed IPOs annually. This year, Montgomery predicted the number will be even higher—450 to 600—and then soar to 750 to 900 in 2011, or twice the peak between 2005 and 2007. “I still think 95 percent of venture-backed exits will be M&A transactions over the next five years,” Montgomery told our audience.

From the farmlands of France to the rust-colored post-industrial cities of Michigan, this year's top institutions are finding good science in some rather unusual places.

A new service mines the contents of Web pages looking for meaning and relevance.

Search is one of the main tasks performed online, and yet often it doesn't work as well as it should. Take, for example, the common experience of "back-clicking," when a user has to return to the results page several times before finding the information she's looking for. According to a 2009 comScore survey, 30 percent of searches are abandoned in frustration, and two-thirds of the rest required users to refine their queries before getting the desired result.

A new product called Yolink, which launched this week, aims to help users figure out which search results are most relevant. It does this by looking at the contents of the Web pages that a list of search result link to. The company bills itself as a step toward semantic search, because it attempts to find meaning in the contents of a Web page. And it can do this even though most pages aren't marked up in the formats typically used to help machines interpret content. The product is made by TigerLogic, a company based in Irvine, CA. Extreme longevity is associated with a select group of genetic markers, according to a new study of centenarians, people living at least 100 years. Using these markers, researchers can predict a person's ability to become a centenarian with 77 percent accuracy.

"Exceptional longevity is not this vacuous entity that no one can figure out," said lead author Thomas Perls, the director of the New England Centenarian Study at Boston Medical Center. "I think we've made quite some inroads here in terms of demonstrating a pretty important genetic component to this wonderful trait." 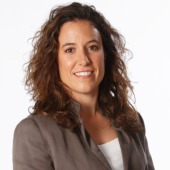 University-based incubators have created companies and good jobs. We need to keep the momentum going.

LOS ANGELES, Calif. -- An article in the June 27 New York Times Sunday Business section ("The Idea Incubator Goes to Campus") highlighted a proposal I wrote for the Obama administration's 2011 federal budget designed to accelerate the movement of innovative research from university campuses to the marketplace. The National Science Foundation (NSF) budget proposal calls for $12 million a year to establish several university proof-of-concept programs--"Innovation Ecosystems"--in the hope that ultimately academic institutions everywhere can better assist their faculty and students to become successful entrepreneurs.

Investors fly over a vast expanse between Boston and California when seeking start-up partners. Now Midwest US states are trying to make themselves a stopover point by creating new models to fund and accelerate innovations from labs to commercialisation.

Their efforts, including collaborative combinations of regional, state, and individual universities, come as yet another US study, this one by Battelle, found the US still is leading the world in biomedical R&D, but its leadership is “ours to lose” because of the nation’s neglect and failure over the last decade to recognise the reasons for its success and build upon its strengths.

The study was commissioned by the Council for American Medical Innovation. It goes on to outline regulatory and policy obstacles faced by America’s health care industry, saying, “American medical innovation now stands at a crossroads. Our leadership in medical innovation and the health benefits and economic growth that accrue because of it are at risk.”

Ever have one of those days when you wake up but your brain doesn’t? Come on; tell the truth. Hell, it happens to me all the time. There are dozens of causes: overwork, overstress, lack of sleep, too much fun the night before, temporary depression, sick of a never-ending project, or just plain lazy, to name a few. Sometimes the old noggin just doesn’t want to work. Do you blame it?

On days like that, you essentially have four choices: Stay home, try to have a normal day and probably screw it up, exercise, or adjust. Since I don’t consider the first two choices real options, at least not for me or most executives, and when I don’t feel like thinking I sure as hell don’t feel like exercising, I decided long ago to find ways to adjust, to make the most of those days when my brain’s on autopilot.

In his keynote speech at the Red Hat Summit in Boston, Red Hat CEO Jim Whitehurst made the case that of the $1.3 trillion USD spent in 2009 on Enterprise IT globally, $500 billion was essentially wasted (due to new project mortality and Version 2.0-itis). Moreover, because the purpose of IT spending is to create value (typically $6-$8 for each $1 of IT spend), the $500 billion waste in enterprise IT spending translates to $3.5 trillion of lost economic value. He goes on to explain that with the right innovations—in software business models, software architectures, software technologies, and applications—we can get full value from the money that's being wasted today, reinforcing the thesis that innovation trumps cost savings.