I can’t remember a time where I wasn’t in pain or run down with a cold. Whenever I was sick, friends would respond with “Again?,” and my personal brand became synonymous with doctor visits and chronic pain.

For the longest time, I thought there was a serious medical ailment that caused many of these problems. And when you can’t figure out the source of your pain, it’s easy to spiral into 500 new theories about why you’re experiencing discomfort.

The European Organization for Nuclear Research, known as CERN, of which Belgium is a founding member, currently has the world’s largest particle accelerator on which it conducts research.

At the recent board meeting in Geneva on Wednesday, the idea of a new, larger particle accelerator was unanimously approved, phys.org reports. 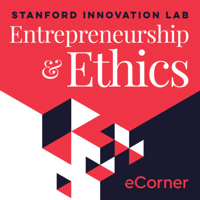 In the second episode of our “Entrepreneurship and Ethics” miniseries, Stanford professor Tom Byers connects with Theranos whistleblower Erika Cheung. Together, they explore how she found the courage to speak up, and why she’s starting a nonprofit organization focused on creating ethical toolkits for entrepreneurs.

Tim O’Reilly has a financial incentive to pooh-pooh the traditional VC model, wherein investors gamble on nascent startups in hopes of seeing many times their money back. Bryce Roberts, who is O’Reilly’s longtime investing partner at the early-stage venture firm O’Reilly AlphaTech Ventures (OATV), now actively steers the partnership away from these riskier investments and into companies around the country that are already generating revenue and don’t necessarily want to be blitzscaled.

Just like that, our internet connection has become an umbilical to the outside world. We now depend on it to do our jobs, to go to school, and to see other people. It is our primary source of entertainment. And we’re using it a lot.

Between January and late March, internet traffic increased by around a quarter in many major cities, according to Cloudflare, a US company that provides network infrastructure to businesses around the world. Demand has skyrocketed for certain online services in particular.

As an advisor to new hardware entrepreneurs, I often hear the myth that a business plan is no longer required to find an investor, if your idea is good enough. You may have heard that venture capitalists in Silicon Valley no longer read business plans. What you don’t realize is these famous investors only deal with entrepreneurs who sold their last company for a $100M dollars or more.

We all make mistakes. Even the most admired and successful leaders have made disastrous leadership mistakes. It's actually one of the best ways to learn, grow and become more effective. At the same time, not everyone is cut out to be in such a dominant position.

One recent and much-publicized example is WeWork's CEO, Adam Neumann. He was with the company since he helped found it in 2010. After WeWork failed to take the startup public, questions were raised about his behavior. Additional spiraling losses and corporate governance occurred. Say what you will about Neumann, but he made the right decision and stepped down.

These two organizations — the former an offshoot of the George W. Bush Center that is located on the campus of Southern Methodist University and advocates for leadership, policy and action to solve current issues; the latter an innovation consulting firm with university clients including the University of Texas Dallas, Texas Tech University and the University of Michigan — released these first-of-their-kind rankings as a review of the productivity and influence of colleges and universities across the country. Drexel scored the highest marks of its category. 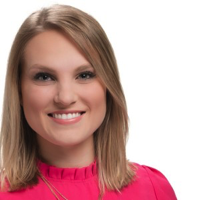 BALTIMORE (WMAR) — A Johns Hopkins professor recommends rescheduling travel if you can, saying we are still in the thick of this virus.

"We’re in the soup again and we won’t know how deep in the soup we are for another 2-4 weeks," said Johns Hopkins School of Medicine Professor Emeritus William Greenough.

With things reopening, he doesn’t want people to get a false sense of security. The coronavirus is still serious.

"We are going to have a difficult summer. It didn’t go away with the warm weather as we were told it would," said Greenough.

The COVID-19 pandemic has left no one untouched. While effective treatment and a vaccine remain in development, some countries have succeeded in containing the spread of COVID-19, allowing a cautious return to economic life. Even as more businesses open their doors and more people are able to return to work, life may remain indelibly changed.

(Bloomberg) — The world’s largest Black-led venture capital firm, Base10 Partners, just got bigger, raising $250 million to invest in startups and back a handful of initiatives designed to diversify the mostly-White industry.

The San Francisco-based firm plans to announce its second fund Friday at nearly twice the size of its previous one. Base10 also pledged to immediately and permanently donate 1% of management fees and 1% of the firm’s future profits to organizations focused on increasing racial justice and representation in tech.

From the hotel terrace where he ate breakfast, Phil Pelzer could almost pretend nothing had changed. Yes, the maître d’ had aimed a temperature gun at his head before allowing him near the buffet. And he wouldn’t usually serve himself eggs in gloves and a mask.

But the friendly waitresses still addressed him in halting German, and the sun still warmed his pale, tattoo-covered arms. For Pelzer, a plumber from Alsdorf, Germany, who has long taken his annual vacation on the Spanish island of Mallorca, the important things were still in place. “There’s still sun, there’s still sand,” he said. “Maybe it’s not quite so much fun as before, but it’s still a holiday.”