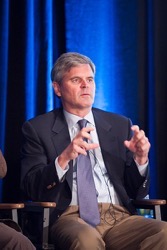 If you were on the internet in the 1990s, chances are that you paid a company called America Online, better known as AOL, for the privilege. The man who was largely responsible for introducing America to the internet was Steve Case, who cofounded AOL in Vienna, Virginia, and served as its CEO until 2001, when it merged with Time Warner.