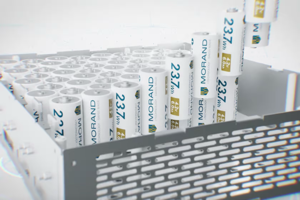 An electric car that can charge in as little time as it takes to pump a gas vehicle has long been the dream of existing and would-be EV drivers. But what if it could charge even more quickly? The average gas fill-up takes two minutes, according to the American Petroleum Institute, with other estimates coming in higher. A new electric energy storage technology being developed by Swiss tech startup Morand could offer electric city car charging times in slightly more than half that two-minute time. A cross between traditional batteries and ultracapacitors, the company's eTechnology units offer potential game-changing charging rates, coupled with the possibility of much longer lifespans than lithium-ion batteries.