Ever since Google Inc. launched its venture capital arm about a year ago, it’s remained furtive about staffing. 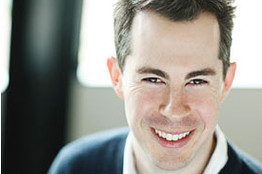 The company said in March 2009 that Google Ventures‘ investments would be vetted by William Maris, the founder of Web hosting company Burlee.com who joined Google in 2008, and Rich Miner, a co-founder of Android. Until yesterday, those two were the only ones listed on Google Ventures’ team page, even though a few names have trickled out, such as Joe Kraus, a serial entrepreneur who sold JotSpot to Google in 2006, and Wesley Chan, an early employee responsible for Google Analytics and Google Voice.

We heard Google Ventures was staffing up - and now we see they’ve got a full roster. The firm revamped its Web site and now lists eight partners (including Maris as the managing partner) and two venture partners. Some of these people we’ve seen floating around but there’s been no official word from Google.