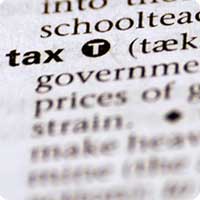 I suggested in my blog following President Obama’s Presidential Summit on Entrepreneurship earlier this year that what we now need is for routine global ministerial level economic meetings to concentrate on policies that encourage the creation of new firms. As I depart Toronto where we have been gathering for the official G20 Young Entrepreneurs Summit, I note at least one minister arriving having put his money where his mouth is for entrepreneurs - UK Chancellor of the Exchequer George Osborne.

While no doubt all the attention at the G20 Summit this week will focus on UK bank levies, financial regulatory reform and the wisdom of German, Spanish and now British cuts in public spending (despite U.S. and Canadian appeals to put growth ahead of restraint), a closer look at George Osborne’s new budget might be in order. In the new Chancellor’s budget speech, he refers to budget measures designed to create a “strong, enterprise led recovery”.  He has my attention.

Known as the “Emergency Budget,” the June Budget 2010 contains some measures designed to encourage startups.  First, from April 2011, the threshold at which UK employers start to pay National Insurance will rise by £21 per week above indexation, thereby reducing payroll taxes.  However, more significantly, employers will be exempt from a proportion of Nation Insurance Contributions for the first ten jobs they create (except in London, the South East and East of England).

To read the full, original article click on this link: Policy Dialogue on Entrepreneurship | Cameron’s Payroll Tax Holiday and the G20 Summit

Author: Jonathan Ortmans is president of the Public Forum Institute, a non-partisan organization dedicated to fostering dialogue on important policy issues. In this capacity, he leads the Policy Dialogue on Entrepreneurship, focused on public policies to promote entrepreneurship in the U.S. and around the world. In addition, he serves as a senior fellow at the Kauffman Foundation.