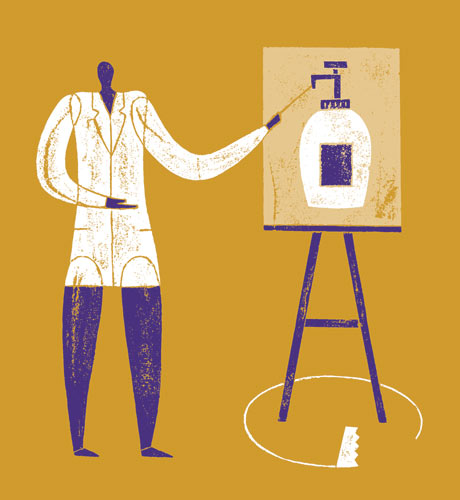 Among business gurus, few things are as unquestioned as the notion that innovation is the route to success. "Innovate or die!" goes one mantra, usually followed by a hackneyed reference to everyone's favourite innovator, Thomas Edison, whose persistence resulted in the invention of the lightbulb. (What appeared above his head when he got the idea?) Yet if innovation was a surefire way for companies to achieve dominance, the world – or consumer capitalism, anyway – might look very different. If you're British, you're unlikely to have eaten a burger at White Castle, the chain that invented fast food; it's even less likely you've drunk RC Cola, the first cola, or paid for either with a Diners Club card: all were innovators, now long eclipsed. Nor, if you're wondering, am I writing this on a Remington Rand computer.

The cult of originality isn't restricted to the world of business, but that's where it's at its most acute: all that much-mocked talk of "blue-sky" thinking ism an ode to innovation. And it's in the world of business where one scholar, the management theorist Oded Shenkar, has begun to point out the elephant in the room, which is that innovation often simply isn't the key to success. McDonald's, Coca-Cola and Mastercard were all, to borrow the title of his new book, copycats – not primarily innovators, but imitators. There are countless other examples: Apple and Microsoft, for starters. Shenkar wants "to change the mindset that imitation is an embarrassing nuisance". Rather, it's a "rare and complex" capability, one we could all do with cultivating. Which is – yes – a rather innovative viewpoint on the matter.

To read the full, original article click on this link: This column will change your life: Is it really a case of innovate and die? | Life and style | The Guardian