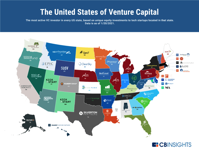 Despite recent challenges, venture capital firms are still seeking out investment opportunities across the country. Since our last analysis of most active VCs in October 2020, we've seen shake-ups across 9 states. Our graphic maps out the most active VC investor in every US state. The National Institutes of Health funds what it calls extramural research in a wide variety of fields. Our guest has for many years worked to ensure that small enterprises got their share of the grants. Now she’s the recipient of a Tibbets Award from the Small Business Administration for advancing the Small Business Technology Transfer and Small Business Innovation Research programs. For more, the director of the Office of Clinical Policy and Programs at the FDA., Dr. Jodi Black, joined Federal Drive with Tom Temin. 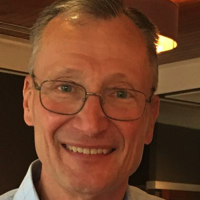 Innovation is undoubtedly a buzzword these days. It's in news headlines everywhere, with companies like Apple vowing to invest $5B in its new Innovation Fund. But what does innovation mean to these companies, how do you learn to innovate and what are the ripple effects of innovation for our society - and ultimately how will innovation help us survive the remainder of the pandemic? 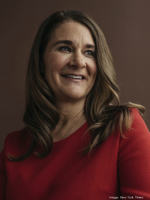 They are joining a program that plans to expand in the D.C. region with a new leader.

Image: Melinda Gates is helping fund a new initiative at the University of Maryland and George Mason University to draw more female students to their tech degree programs. THE NEW YORK TIMES/KYLE JOHNSON

Whether you’re facing back-to-back video calls or just a non-stop flurry of email, work can leave you in a screen haze unless you make a point of taking periodic, regenerative breaks. As a 2015 article in the Journal of Applied Psychology put it, our professional “energy, motivation and concentration…are like batteries that periodically need recharging.”

Last year, media reports showed surreal images of previously bustling streets laying empty as stores were shut and WFH became the norm. Among the few who kept working in close contact with the public during the pandemic were gig workers, such as drivers and bike couriers. It suddenly dawned on the majority that the expression “essential workers” applied beyond the world of doctors and nurses.

Based on my own years of experience in startups and big business, and more recently as an angel investor, I often cringe when I see one of you entrepreneurs missing a cue that I have seen work for many before you. I’m a big fan of leading with your heart and your passion, but I’m also convinced that logic has a big role in business, so don’t forget to highlight your balance as well.

Headlines about large valuations and big funding rounds hide the fact that a huge number of venture-backed startups fail. And yet, that’s part of the game plan: most VCs expect three out of 10 of their investments to fail completely. This leads to VCs hedging their bets on one or two startups and reserving follow-up funding for them. It also leads to pressure to grow quickly, take further investment and exit.

If anyone has the ability to surprise the world with his ambitious projects, it is Elon Musk . The billionaire announced that he is building a new city in Texas to be called Starbase , around the rocket launch site of his company SpaceX .

Used to causing a stir by typing just a few words, Musk posted on Twitter that he is "creating the city of Starbase , Texas ."

The federal lab system is an enormous $50 billion-plus enterprise of internal research and development taking place in federal facilities across the United States. As other governments around the world, including China, pour billions of dollars into government labs and research parks focused on advanced technologies, it is imperative that we use all aspects of country’s own innovation ecosystem in the most creative ways possible, including our federal labs.

But because federal labs have varying management systems, missions, legal authorities, and cultures, their local economic engagement and technology commercialization record varies considerably.  The FASTER Federal Labs Act will allow the federal lab system to be full partners with the private sector, universities, hospitals, and regions building communities of innovation as envisioned by other Congressional initiatives, such as the Endless Frontier Act. 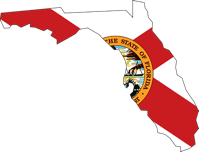 Recipients of a recent grant include nonprofit business accelerators and college entrepreneurship programs.

As we all know by now, we live in mean-spirited times. A galling example occurred during the February 25 public meeting held by the National Institute of Standards and Technology (NIST) on the pending clarifying regulations for the Bayh-Dole Act. NIST invited a limited number of speakers to provide short comments.