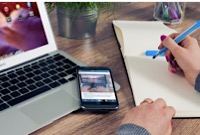 Booz & Company’s annual study of the world’s biggest R&D spenders shows why highly innovative companies are able to consistently outperform. Their secret? They’re good at the right things, not at everything.

Why are some companies able to consistently conceive of, create, and bring to market innovative and profitable new products and services while so many others struggle? It isn’t the amount of money they spend on research and development. After all, our annual Global Innovation 1000 study has shown time and again that there is no statistically significant relationship between financial performance and innovation spending, in terms of either total R&D dollars or R&D as a percentage of revenues.

Which markets have the best prospects for long-term growth in solar energy? The winner, surprisingly, is India, with its abundant sunlight, exploding demand, and gigantic, mostly off-grid population.

The current global poster child for solar is Germany, which added 8 gigawatts (GW) of solar capacity in 2010 and accounted for half of the global solar market. At minimum demand the entire German electricity grid consumes around 31 GW. However, Germany’s solar dominance may be starting to wane since its generous guaranteed rates for solar power are being reduced.

This article comes with a warning. So please ensure you have read the next paragraph before proceeding.

Networking is an important marketing activity for almost any start-up business but it can kill you. The reason: there are some well-meaning people who regularly attend such meetings and events and they possess a stealth-like ability to bore others to death.

Getting on with people is a very important skill in business. Entrepreneurial minds tend to be much more relaxed about meeting others for the first time and networking events are organised so that people can do just that.

The United States should capitalize on a new trend, convergence — which involves the merger of life, physical and engineering sciences — to foster the innovation necessary to meet the growing demand for accessible, affordable health care, according to a white paper issued Tuesday by 12 leading MIT researchers.

“Convergence is a broad rethinking of how all scientific research can be conducted, so that we capitalize on a range of knowledge bases, from microbiology to computer science to engineering design,” MIT Institute Professor and Nobel Laureate Phillip Sharp, one of the report’s authors, told the AAAS forum.

In 2011 green will be the thing. It's the fastest growing trend in food, buildings, and businesses. Don't miss out--green is the new bottom line. Here are 11 habits that will get you out of the dark and into the green. Get good at them and you will save resources, money, and your health AND you will have fun in the process.

Organic food, products, and materials can improve your chances of living a healthy life (especially for children), decrease your propensity toward certain diseases (like obesity, certain cancers, and even ADHD), and keep dangerous pesticides out of the environment. The majority of green house gas emissions from food occur before leaving the farm gate—so eating organic food can reduce your carbon footprint even more than eating local, but doing both is the best. Make a habit of visiting your local farmer’s market and you will be helping your local economy, getting the healthiest food possible, and spending less per nutrient than in the aisle of the grocery store. Memorize the dirty dozen and you will never be stranded wondering whether it is worth more to buy the organic apple versus the conventional one.

For some people, innovation is not enough. Gururaj “Desh” Deshpande is one of those people. Let’s just say the Boston-area tech entrepreneur and billionaire philanthropist has earned the right to make such a claim.

“For innovation to have impact, it needs relevance,” he says. “Innovation plus relevance equals impact.”

Deshpande is talking about global impact, but his latest project is in his own backyard. Last month, his foundation committed $5 million over the next five years to support a new innovation center housed at the University of Massachusetts Lowell. The Merrimack Valley Sandbox, as it’s called, will work together with local colleges and nonprofits to boost entrepreneurship among students and professionals, and to develop local leadership through mentoring and seed funding programs.

A brush fire has been swirling through the blogosphere of late over whether RSS is dead, dying, or possibly severely injured and in need of assistance. It seems to have started with a post from UK-based web designer Kroc Camen that got picked up by Hacker News and re-tweeted a lot. The flames were fanned by a blog post from TechCrunch that drove RSS developer Dave Winer into a bit of a Twitter frenzy. But is RSS actually doomed, or even ailing? Not really. Like plenty of other technologies, it is just becoming part of the plumbing of the real-time web.

Camen’s criticisms seem focused on the fact that Firefox doesn’t make it easy to find or subscribe to RSS feeds from within the browser (although Mozilla staffer Asa Dotzler takes issue with that case in a comment near the bottom of the post). Instead of the usual RSS icon, he says, there is nothing except an entry in a menu. But did anyone other than a handful of geeks and tech aficionados make use of those RSS icons? It’s not clear that many regular web users have done so — or ever will. Browsers like Internet Explorer have had built-in support for RSS for years, but there’s little sign of it becoming mainstream.

Mobile phones — and particularly smartphones, with their web browsers and GPS, photo-sharing apps and so on — have become such a crucial part of many of our lives that they are difficult to live without. The fear of losing a phone stems in part from the wealth of information we keep on our mobile devices, from photos to passwords and banking data. Imagine what the police could find out about you if they had the ability to search your phone and all it contains — something that is now more than just a hypothetical situation, at least if you live in California.

2010 was an amazing year for startup action and activism in Minnesota. The community is coming together in recognition that the innovation economy can’t be grown through luck or grand schemes – but from real digging in the Minnesota soil. This means a macro/micro focus – improving the overall ecosystem for new technology and business launch and engaging directly with startups.  Here are just a few 2010 highlights (in no particular order) that are keeping Minnesota on the front burner:

The 10-year wait is over – Minnesota got an angel tax credit. And none too soon. With our friendly neighbors friendlying up to our local tech community with siren songs of support and subsidies, the Gov and Legislature hunkered down and got us not just a robust angel tax credit – but a generously expanded R&D tax credit (10% of the first $2 million in R&D expenses over base expense).  And the R&D tax credit is fully refundable, which is great benefit for early-stage companies.

Why do some people become extremely successful, while the rest of us work really hard and do fine but not great?

Robert Jordan interviewed 45 founders for his book, "How They Did It."

Each entrepreneur started a company from nothing and either sold for $100 million+ or went public for $300 million+.  In total, those interviewed created roughly $41 billion from scratch.

We asked Jordan what separates extremely successful business people from everyone else.