Startups and entrepreneurs are drowning in the information overload, where the volume of data created is like a new Library of Congress every 15 minutes. That creates a huge gap between data and meaning, and makes quick decisions and action ever more difficult. We all need to take a little more time to think.

On the other end of the spectrum, some people “over-think” things to the point of inaction. Acting without thinking, and thinking without action, are both deadly to a startup. The challenge is to find the right balance, and to make the thinking deep and reflective thinking.

“Recently, New York was named the number one city for young entrepreneurs and that’s a great sign for our future, because as much as we are competing with places like London and Hong Kong for private investment we are competing with places like Boulder and the Bay Area for the college graduates whose ideas will attract investment, and power the 21st Century economy,” said Bloomberg.

You hear a lot about the importance of collaboration in the business environment, but what happens when an executive can’t just pop into a colleague’s office to hash through a big idea? And how do managers maintain interpersonal connections when their employees span different time zones and geographies?

As more organizations move towards satellite offices or a remote workforce model to reduce costs and acquire top-tier talent from other locations, it’s a problem that’s only going to grow. 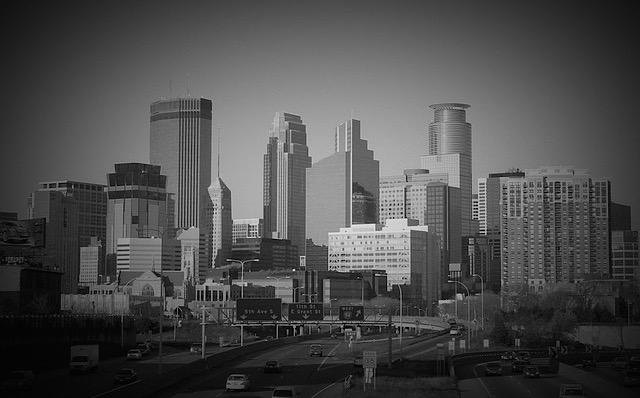 1."Whatever you do, or dream you can, begin it. Boldness has genius and power and magic in it." - Johann Wolfgang von Goethe

2. "There are two mistakes one can make along the road to truth -- not going all the way, and not starting." - Buddha

3. "Be willing to be a beginner every single morning." - Meister Eckhart

4. "All great ideas and all great thoughts have a ridiculous beginning." - Albert Camus

5. "A journey of a thousand miles begins with a single step." - Lao Tzu 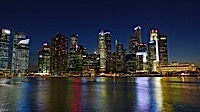 Since the economic recession began in 2007, major budget changes have taken place at the state and national level. In many cases this resulted in increased taxes in many states, damaging to success of small businesses.

The Small Business and Entrepreneurship Council recently release its Small Business Survival Index for 2010. The index ranks the climate for small businesses in the 50 states (and D.C.) based on public policy factors that include 38 major government-related, or imposed costs.

Building on the foundation of the well-known BRIC countries -- Brazil, Russia, India and China -- a new set of up-and-coming emerging markets is gaining attention. The so-called "CIVETS" countries -- Colombia, Indonesia, Vietnam, Egypt, Turkey and South Africa -- are now touted as hot markets because they have diverse economies, fast-growing populations, relatively stable political environments and the potential to produce outsized returns in the future.

Far-flung geographically and shaped by vastly different cultural, religious and political structures, the CIVETS show the potential to develop rapidly and reward those willing to take on emerging market risk beyond the more-established BRIC countries, experts say.

Operating a small business online can be just as taxing as operating a brick-and-mortar store.

However, given the right tools you can make the process go much more easily. We’ve listed a few of these tools to add to your entrepreneur’s toolbox.

FORTUNE -- Feeling a little disillusioned lately? That's not a bad thing if you're an entrepreneur. There's nothing like humbling economic times to force chief executives to let go of the sacred-cow ideas and grandiose illusions they've been harboring and start building on reality. Some of the smartest business owners I know have fallen for these five myths. Ditch them. It will make your business that much stronger.

1. Gross margins will grow as you get bigger

Not so. My research shows that they typically dip. That was a tough lesson for Jennifer Olsen Welding, who owns a 70-employee Salt Lake City casting company. Her tale: Unlimited Designs won a municipal contract to create a precast building façade in 2009. The trouble was, the $5 million company had to lease extra equipment to do the job. Sales increased significantly, and gross margins declined by 3%. "We would have been better off having no revenue than the revenue that was coming in," she says.

I’m back at the blogging desk. I took a break over Christmas to reflect on my previous year’s sum of mind dump in the blogosphere and to try to figure out if I had any impact at all on anyone who may have read one of my musings on business.

It’s not that I think my posts lacked in detail and significant information, just that the responses were limited and the number of people signing onto the blog was less than astronomical. Most importantly, I didn’t get ranked by eCairn in the top 150 Most Influential Bloggers. Geez.

A new polymer material that can repeatedly heal itself at room temperature when exposed to ultraviolet light presents the tantalizing possibility of products that can repair themselves when damaged. Possibilities include self-healing medical implants, cars, or even airplane parts.

The polymer, created by researchers at Carnegie Mellon University and Kyushu University, heals when a crack in the material is pressed together and exposed to UV light. The same treatment can cause separate chunks of the material to fuse together to form one solid piece.

Three Technologies That Changed Our Brains

We have compiled a list of 100 amazing “degreeless” entrepreneurs who have risen to the top.

Some high-profile entrepreneurs you will recognize immediately, while others you may be discovering for the first time. Many of them didn’t complete elementary school, and still more are considered high school dropouts.

Their backgrounds and industries run the gamut. However, they all have at least two things in common: incredible success and no college degree.