Water is an enormous issue around the globe -- for drinking, farming and industry.

There is a looming water crisis facing everyone on Earth as populations rise, pollution increases and climate and weather patterns change.  There is already a water crisis in many developing nations and in some not-so-developing regions, like Australia and California.  The stats for "embedded" or "virtual" water are sobering -- for example, the production of 1 kilogram of beef requires the use of 15,500 liters of water (see WaterFootprint.org).

And water is inextricably linked to energy -- California uses an extraordinary amount of power to move water around the state. In fact, a fifth of the electricity used in California is intertwined with water. So is 30 percent of the natural gas, according to the California Energy Commission. Most of that power is actually used to heat water for hot showers and clean hospital equipment, but around five percent to six percent of all of California's energy gets consumed simply by moving water. Happy days, that is, for the shareholders of companies that suddenly find themselves the beneficiaries of huge takeover offers. Or, better yet, bidding wars.

(Just ask the shareholders of 3PAR, which recently got nearly double the original price because HP and Dell got in a macho-man contest about who could pay more.).

HP for ArcSight, HP/Dell for 3PAR, Intel for McAfee, HP for PALM, BHP for Potash...the deals are coming fast and furious now. And there are more where those came from. As psychologist Benjamin Scheibehenne and his wife left the restaurant where they had just finished dinner, they discussed whether to stop somewhere else for dessert. It was an everyday decision, one they had made countless times before, but this particular evening they could not make up their minds.

"When we came out of the restaurant, we didn't really know whether we were still hungry or not," Scheibehenne recalls. "We realized we were completely clueless about how much we actually consumed."

ABSTRACT The influence of globalization on institutions of higher education is one of the leading topics in educational policy today. As the nexus of innovation increasingly moves from labor-intensive ‘smokestack industries’ to ‘mind work’, education is becoming critical to policy discussions on economic growth. Tracing current discourse on the ‘corporatization’ of higher education, this article suggests that the challenge for reconceptualizing the university today is linked to changes in the global economy. Alongside discourse on a global knowledge economy, many scholars now point to the increasing importance of creativity and a creative economy. Examining higher education from the perspective of a creative economy, the author explores the need to better understand the linkages between democracy and innovation. 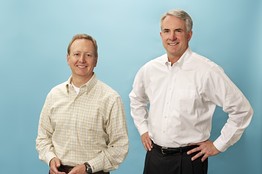 The venture capital industry is widely expected to contract over the next few years, as limited partners grow increasingly impatient with under-performing firms.

But before you put a fork in the industry, it’s worth noting that a number of new venture firms are popping up across the nation. Since the start of 2009, we’ve counted more than a dozen first-time funds - impressive feats considering that even established managers are having trouble raising new capital.

What do these new funds have in common? Nearly all of them are entirely focused on the earlier stages, helping young start-ups get off the ground.

The wealthiest members of Congress grew richer in 2009 even as the economy struggled to recover from a deep recession.

The 50 wealthiest lawmakers were worth almost $1.4 billion in 2009, about $85.1 million more than 12 months earlier, according to The Hill’s annual review of lawmakers’ financial disclosure forms.

The latest NFIB small business survey is out, and it shows a very small uptick in optimism.

It's as simple as that, really.

"There is no life in the job market."

He's also making some very interesting points about bank lending, and plans to cut taxes to small business. Basically he says it's pointless because the sales aren't there, so there's just no reason to invest in anything.

Let's face it: Working for someone else is a great way to get started in the business world, but it is not where an entrepreneur with lofty goals will want to remain.

If you're tired of being just another cog, and you crave a sense of personal fulfillment and long-term passion, then it might be time to take the plunge. Here are seven signs you should quit your job and start your own business.

To be a truly successful entrepreneur, there can never be any doubt in your mind that you will accomplish your goals, even if you must occasionally alter your plans or refine your targets. Your success is as much a matter of your belief in yourself as it is of the skills you will develop on your journey.

According to cognitive psychologist Robert J. Sternberg, creativity can be broadly defined as "...the process of producing something that is both original and worthwhile" (2003). Creativity is all about finding new ways of solving problems and approaching situations. This isn't a skill restricted to artists, musicians or writers; it is a useful skill for people from all walks of life. If you've ever wanted to boost your creativity, these tips can help.

1. Commit Yourself to Developing Your Creativity
The first step is to fully devote yourself to developing your creative abilities. Do not put off your efforts. Set goals, enlist the help of others and put time aside each day to develop your skills.

2. Become an Expert
One of the best ways to develop creativity is to become an expert in that area. By having a rich understanding of the topic, you will be better able to think of novel or innovative solutions to problems.

3. Reward Your Curiosity
One common roadblock to developing creativity is the sense that curiosity is an indulgence. Rather than reprimanding yourself, reward yourself when you are curious about something. Give yourself the opportunity to explore new topics.

In the last year, the Top 30 Most Active Venture Capital Firms had their hands in one out of every four deals which amounted to nearly $9 billion in funding.  The internet sector in particular was a favorite destination of investment for the top venture capital firms with 36% of their deal flow and 26% of their dollars invested going to net companies.

In a recent Boing Boing guest post, I talked about Neo-Minimalism and the rise of the Technomads. Both terms describe a wide array of practices relating to reducing the stuff you own and becoming more mobile.

In what is potentially the most minimal "technomadic" experiment ever, Rolf Potts (author of one of my favorite travel/lifestyle books Vagabonding) has set out on 6-week, 12-country, round-the-world trip without a single piece of luggage.

His trip is sponsored by ScotteVest (covered frequently here in the past), and yes, it's kind of a stunt. But it's also a super interesting experiment in travel minimalism. Exactly how much do you need to bring with you to get by on a trip like this?