When Sir Gordon Wu, chairman of Hopewell Highway Infrastructure, was a student at Princeton in the 1950s, he dreamt of Chinese superhighways, when China was a poor, closed economy. A few decades later, Wu won the contract to build China’s first superhighway between Shenzhen and Guangzhou.

While he had no financial support, Wu was offered an incentive by the Chinese government — the faster he could complete the highway, the higher his profits would be. Cutting through the bureaucrac

y, bringing in the best of global technology and finance, Wu deputed 30,000 labourers who took only 26 months to finish a 72-mile superhighway that today zips across the fastest growing region in the world.

By doing so, China set in motion a positive precedence of regional economic development of the scale and size, the world had never seen before. Indeed, incentivised growth, supported by proactive tax regimes, can do wonders for a country and its people.

The extensive knowledge and experience that baby boomers have accumulated throughout their working lives could make them the ideal entrepreneurs. Increasingly, older workers who are unable to find new jobs or are looking for increased workplace flexibility go to work for themselves. Almost a quarter of workers who change jobs after age 51 become self-employed, according to an AARP and Urban Institute analysis. Here are some tips for becoming an entrepreneur in retirement:

Emphasize your experience. Decades of work experience can be a huge advantage in coming up with ideas for a start-up and making a business work. "You want to start with something you already know how to do—a skill that you know you are already good at," says Jeff Williams, chief executive of Bizstarters.com. "The key to having a successful business is to find a problem that you can solve better than other people."

This post was originally published in a shorter (more sensible) format in the Wall Street Journal online.  If you’re short on time click on the WSJ link and read  the 990 word version there.  Otherwise, grab a cup ‘o coffee …

One year ago I predicted that in 2010/11 the economy, far from being on the path of permanent recovery was on a temporary resurgence and there was a strong possibility of a “double dip” recession.  My advice to entrepreneurs was and is “when the hors d’oeuvres tray is being passed take two” (e.g. raise money now to weather any storms).

Freud had a pretty smooth gig. Here was a man who enticed wealthy, neurotic women to his office and — relaxing their inhibitions with hypnosis — encouraged them to describe their fantasies while lying on his chaise lounge. As if that wasn’t enough, he profitably published these sessions…and then billed them. Still, he didn’t completely get it.

We have the same problem lately with leadership. It’s the hottest topic for business books of every shape and flavor, yet despite all the “five qualities this” and “seven characteristics that,” we still don’t get it, either. Honestly, isn’t it a bit like pornography? We know it when we see it. One year ago I predicted that in 2010/11 the economy, far from being on the path of permanent recovery was on a temporary resurgence and there was a strong possibility of a “double dip” recession.

My advice to entrepreneurs was and is “when the hors d’oeuvres tray is being passed take two” (e.g. raise money now to weather any storms).

My original thinking from Oct ’09 was, while I didn’t (and still don’t) have a crystal ball I worried that: consumers were over-stretched with debt (and make up 77% of the economy), unemployment would continue to rise, which in turn would drive the stock market south and cut the rate of M&A activity and VC investment even further. In this excerpt from his new book UnMarketing: Stop Marketing. Start Engaging. author Scott Stratten shows the profane acts users of Twitter, Facebook, and LinkedIn commit. How many are you guilty of?

Social Media is so new that most people are making it up as they go,1 but most people seem to make the same mistakes. Or dare I say sins. . . . We look at the biggest players online for business--Facebook, Twitter, and LinkedIn--but the same concepts can be applied to any social media site.

Greed is quite a popular sin. Twitter by default is a self-centered tool. It's about us. But it's 100 times better if used as a conversational tool versus a dictation. I see people using Twitter as a glorified RSS feed for their blog or an ad-puker. So absent of personality, I wonder why they even try. Yes, they are in business, but if they believe that business is built on relationships, they need to make building them their business.

This sin holds a special place for the people who only retweet compliments about themselves. I was talking to a colleague of mine and she was asking how I have built such a large amount of followers. I mentioned that I get retweeted a lot and I retweet others. Her reply was "I retweet others all the time!" When I checked out her page, the only time she ever retweeted anyone was if it was a compliment about her or a #FollowFriday2 mention with her in it. You may as well tweet while looking in a mirror telling yourself you're good enough, you're smart enough, and gosh darn it, people like you.

With a growing number of people seeking entrepreneurship as an alternative path in this rough economy, there is increasing competition for the key resources that can make or break the startup venture.

New entrepreneurs are competing for essential resources, such as the funding, the customers and the staff they need to build a successful business. Attracting these resources often relies on how well the entrepreneur can deliver "the pitch" for his new business.

An effective pitch starts with a hook -- something that grabs the attention of the person one is talking to about a business. The most effective hook lays the groundwork to show the underlying need in the market for what the new business aims to offer.

Even if you're not quite ready to show the public your product, you can still create a good website and a solid online presence for your startup. I want to sidestep the argument about whether or not it's good to be "stealth" or not, and work with the assumption that if you've purchased the domain name, you're going to put up some sort of website.

So here are a few of the things you should consider when building your startup's site:

You don't have to commit to the whole graphical "look and feel" of your brand on day one, but you do want to to make moves in that direction. Even if your site starts as an announcement for "more information coming soon," you can still have a visually striking site. 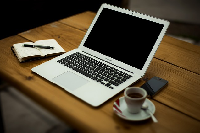 Looking over The Forbes annual Midas List there was something strange and awry, but I couldn’t put my finger on it. I finally figured it out. Where are the women venture capitalists?!

The Midas List, which started in 2001, did not rank one single woman. This should certainly strike as a surprise given the space and time women have entered the workforce. Over the past 30 years, the position of women in U.S. society has changed dramatically.

Four women from Forbes’s 2009 list were named the most powerful VCs and five more from Forbe’s 2007 list. Venture capital is not just a boys club anymore and hopefully there are more to come this year. Including female investors has proved to benefit companies. For example, being familiar with women-run businesses can result in funding with at least one woman partner as opposed to those who only have male partners. Though there are social barriers to overcome for female venture capitalists, there has been some significant change within the last three decades. Women have risen to the top recently and succeeded in the male dominated world of finance and business. As part of the ever changing world we live in, I predict that more women will go into venture in these coming years.

In the 90s, Argentina became Latin America’s Internet center, which was a good sign of an entrepreneurial spirit among its people. Endeavor, the United States nonprofit that helps foster high impact entrepreneurship, had its first success in the developing world in Argentina just before the country’s last major financial collapse. Given Argentina’s turbulent economic history, I thought I would take a quick look at the role of entrepreneurs over the past 10 years since Argentina’s Internet startup boom.

It appears that Argentinean entrepreneurs are resilient. In “Fiscal Chaos Aside, Start-Ups Bloom in Argentina,” the New York Times captured this resilience really well. A catalyst for the evolving start-up culture has been the rise of a local culture of capital investment in startups. This is an important step for a country where it has been historically thought that only those who benefitted from a family inheritance and connections to authorities could start and grow businesses. It is also a significant improvement in terms of access to capital and willingness to invest. When the Argentine government defaulted in 2001, the country was cut off from external sources of capital. In 2008, the nationalization of private pension funds also adversely affected private investment spending. Also important is the fact that, like angels in the U.S., Argentina’s angels are providing expertise along with funds. As the New York Times article explains, several angels founded their own start-ups during past crises.

I ran into a venture capitalist colleague coming out of Palo Alto's Whole Foods yesterday evening. I mentioned a VC-funded solar startup CEO I had just interviewed, and this VC, let's call him Sanjay, just rolled his eyes and said, "Solar is done."

Sanjay pointed out, in-between bites of raw fawn hearts, the logic that now made solar investing, at least in solar panels, a lost cause for venture capital investors. He explained, "Let's s

ay your capex is $1 per watt for your solar panel factory. Given the moving freight train that is the current solar industry, you're going to have to ramp up to half a gigawatt or a gigawatt. That's $500 million to one billion dollars just to build your factory." Inspired by human studies showing that avid coffee drinkers and smokers have a lower risk of Parkinson’s disease, scientists at the University of Washington decided to see what java and cigarettes do to fruit flies. The tremors and other movement impairments of Parkinson’s are triggered by the death of dopamine-producing cells in the brain, so the investigators used flies that had been genetically engineered to have their dopamine cells die off as they age. When Leo Pallanck and his colleagues fed coffee and tobacco extracts to these flies, they found that the animals’ dopamine cells survived and their life span increased. The scientists ruled out caffeine and nicotine as the protective substances, but there are other promising compounds in coffee and tobacco, which the researchers intend to test in these short-lived creatures. “Flies are a great system for quickly trying to zero in on the chemicals that are responsible,” Pallanck says.