SACRAMENTO — Fed-up Californians have been trading their cramped, pricey apartments for affordable living in cheaper states for decades. Now, California’s businesses are making similar calculations after a monthslong remote work experiment triggered by the pandemic.

Back-to-back moves of iconic Silicon Valley firms' headquarters to Texas are raising fresh concerns about California's standing in the innovation economy. Business leaders worry that the successful shift to remote work — and the ability of many jobs to be performed from anywhere — will drive yet more companies out of the notoriously high-cost state.

Is Texas the new Silicon Valley? This month Oracle said it was moving its headquarters to Austin after more than 40 years in California. Hewlett Packard Enterprise, descended from the Valley’s original garage start-up, is off to Houston. Elon Musk has moved to Texas, too, and has hinted that Tesla, the car company he co-founded and leads, may also relocate.

Or could Miami become the next Silicon Valley? That’s what Keith Rabois, a prominent Bay Area investor, has been proclaiming since his recent move there from San Francisco. In contrast to the anti-tech sentiment roiling San Francisco — whose Board of Supervisors recently passed a resolution condemning the renaming of the city’s general hospital after Facebook’s chief executive, Mark Zuckerberg — Mayor Francis Suarez of Miami has turned his Twitter feed into a nonstop pitch for tech entrepreneurs and investors to relocate to his city.

The American dream! Popularized by historian James Truslow Adams in his 1931 book The Epic of America, the term described “that dream of a land in which life should be better and richer and fuller for everyone.” After World War II, the American dream evolved into homeownership, a happy family and summer vacations. Some people even aspired to get a degree. The G.I. Bill helped make the dream possible. That generation, known as the baby boomers, expected their children to do even better. 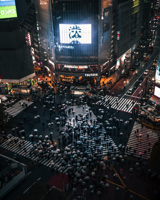 TOKYO—As the world’s two biggest economies, the U.S. and China send scores of startups to the public markets—some at jaw-dropping valuations—yet Japan, at No. 3, has been lagging far behind.

The Japanese government wants to kick its startup scene into higher gear, but it won’t be easy.

The country’s star initial public offering in technology this year, and one of the biggest in recent years, is online marketing-tool developer Plaid Co., whose opening trade on Dec. 18 gave it a valuation of around $1.1 billion. Meanwhile, Airbnb Inc. opened this month at a valuation of $102 billion, the largest in a series of blockbuster U.S. listings, while China’s JD Health International Inc. made its debut in Hong Kong at a market capitalization of roughly $38 billion, capping a bumper year for IPOs there.

As an advisor to many entrepreneurs, I still hear frequently the irrational exuberance that crowdfunding is the quick alternative for startups that are passed over by overly demanding angels or venture capital investors. In reality, crowdfunding has become a major startup funding vehicle, expected to reach $114 billion globally by 2021, but that doesn’t mean it’s easy.

Most of us are familiar with the concept of being an entrepreneur. It can be a challenging path, and understandably, not everyone wants to take on that responsibility. But what if we could encourage that entrepreneurial spirit in our employees? The situation is potentially win-win – for the employee and for the company.

A mass exodus has commenced in Silicon Valley. Last month alone, Oracle Corporation, Tesla Inc., Charles Schwab Corporation, SpaceX and Hewlett-Packard Company announced relocation plans. Amid the pandemic, companies and their employees realized that remote work offered an opportunity to improve their competitiveness and quality of life elsewhere. But they are not coming to Canada. Instead, they are moving to jurisdictions that actively recruited their entrepreneurs and employees.

Image: Chris Albinson is the Founder & Managing Director of BreakawayGrowth, a Venture capital firm with investments in Canada and the U.S. HANDOUT - https://www.theglobeandmail.com

Welcome to COVID Questions, TIME’s advice column. We’re trying to make living through the pandemic a little easier, with expert-backed answers to your toughest coronavirus-related dilemmas. While we can’t and don’t offer medical or legal advice—those questions should go to your doctor or lawyer—we hope this column will help you sort through this stressful and confusing time. Got a question? Write to us at This email address is being protected from spambots. You need JavaScript enabled to view it.. 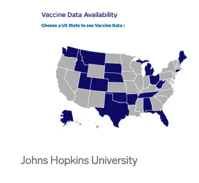 As health agencies across the US rush to distribute the first round of COVID-19 vaccines, a new online tool aims to track their progress.

A dashboard hosted by Johns Hopkins University shows how many doses of COVID-19 vaccines have been administered across the US, according to publicly available data published by state health agencies and aggregated by the Centers for Civic Impact. 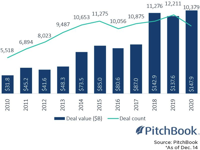 In its now-infamous "Black Swan" letter of warning to startup founders and CEOs in March about the coronavirus and its potential impact on the industry, Sequoia got a lot right about the pandemic.

Businesses would cut spending and headcount to offset a drop in sales. Supply chains would be disrupted. The Federal Reserve would slash rates. Software companies would be less exposed than, say, hardware companies.

But the storied VC firm was off on one count: that private financing "could soften significantly." With the benefit of hindsight and data, we now know that 2020 was in many respects a standout year for venture capital in the US.

COVID-19 has created a massive humanitarian challenge: millions ill and hundreds of thousands of lives lost; soaring unemployment rates in the world’s most robust economies; food banks stretched beyond capacity; governments straining to deliver critical services. The pandemic is also a challenge for businesses—and their CEOs—unlike any they have ever faced, forcing an abrupt dislocation of how employees work, how customers behave, how supply chains function, and even what ultimately constitutes business performance.