In a Stansberry Investor Exclusive, our Daniela Cambone speaks with Gerard Barron, CEO of The Metals Company, formerly called Deep Green Metals, and billionaire philanthropist Frank Giustra, a strategic advisor on the project. The company is looking to scour the ocean floor for battery metals found in nodules created by mother nature. Over the next thirty years, the global population is set to expand dramatically and will put a huge strain on mineral resources extracted from the ground, especially nickel manganese copper and cobalt. All such minerals are needed for a transition to clean energy, but currently what’s on the land is not sufficient.

WASHINGTON, MARCH 19, 2021 – This week, U.S. Senators Chris Coons (D-Del.) and Dick Durbin (D-Ill.), both members of the Senate Appropriations Committee and Senate Competitiveness Caucus, reintroduced the Innovation Centers Acceleration Act, a bill which would expand research and development (R&D), targeted to reach a broader portion of the country. The legislation would complement a nationwide effort to compete with China economically by placing renewed emphasis on sectors key to economic resiliency and productivity, including biomedical technology, advanced manufacturing, and more.

Cross-border flows plummeted in 2020 as the Covid-19 pandemic swept the world, reinforcing doubts about the future of globalization. As we move into 2021, the latest data paint a clearer — and more hopeful — picture. Global business is not going away, but the landscape is shifting, with important implications for strategy and management.

LONDON—The Oxford startup behind AstraZeneca PLC’s Covid-19 vaccine has raised $168 million in new funding, which it plans to use to adopt its vaccine technology for the treatment of other diseases.

The move is a step in Vaccitech Ltd.’s preparations for going public as soon as this year, according to people familiar with the plans. The moves were first reported by The Wall Street Journal.

The year 2020 saw dramatic swings in regional investment trends as the COVID-19 pandemic led startups to raise funds to bolster their balance sheets and extend their runway. In total, 171 companies raised $993 million, a decrease from the almost $3 billion raised in 2019, but reflecting the second-best investment year in the past decade. In the past 10 years, nearly 600 unique Pittsburgh companies attracted a total of over $7.2b in investment.

The COVID-19 pandemic put the spotlight on Wisconsin’s biohealth industry as companies came together to play a key role in fighting the disease.

Lisa Johnson is CEO of BioForward Wisconsin, which represents the state’s biohealth cluster of more than 220 member organizations. In an interview this week with WisBusiness.com, she talked about the state of the industry just a year after the pandemic started. 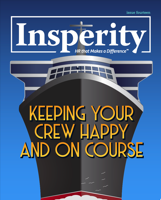 Get a head start on employee retention during your recruiting efforts.

A little work on the front end can help you get the right crew aboard and set them up for success as they get underway. These tips can help boost your retention rates: 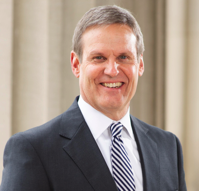 BALTIMORE (WJZ) — In a months-long study during the height of the pandemic in 2020, Johns Hopkins researchers discovered that the majority of Americans support measures that could stop the spread of COVID-19. Researchers say the efforts that have high support from many Americans include social distancing, mask-wearing and contact tracing.

But researchers also found that despite overwhelming support from many Americans, some groups continued to resist safety measures.

Angel investors are private individuals who invest in early-stage startups, thereby providing financial support. They are usually wealthy investors, who have entrepreneurial experience themselves or specific industry knowledge that is shared with the company they are investing in. These people offer various forms of funding including shares and other securities representing shares or ownership interests in an organization such as equity, debt, and variations of these instruments. 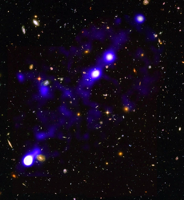 Although the Universe is a large place, and all the stuff in it may seem just flung everywhere higgledy-piggledy, there's rather more structure than we can see.

According to our models of the Universe, and mounting evidence, filaments of dark matter connect massive objects such as galaxies and galaxy clusters in a vast, cosmic web.

It's along these filaments that hydrogen flows, feeding into the galaxies, but they're not so easy to see - among all the brightly glowing stars and galaxies and galactic nuclei, the faint emission from diffuse hydrogen in intergalactic space is hard to see, never mind map.

More than a year ago now, I left the Bay Area for Austin, Texas. It wasn't an easy decision. I've spent three-plus decades embedded in Silicon Valley, investing in some of the region's top tech companies. With its entrepreneurial culture, top-tier academic institutions and countless tech success stories, there wasn't a better place in the world than the Bay Area to be an investor.