Digital life reaches far beyond our screens into the real world. That means we must figure out how to live with the impacts of technology in our backyards.

It isn’t always easy. Some residents of towns near e-commerce processing centers complain about traffic, pollution and safety risks from delivery vans and trucks. Communities where water is in short supply are worried about the needs of internet computer centers that use water to keep equipment cool. Neighbors sometimes gripe about noise or garbage from nearby commercial kitchens and mini-warehouses for delivery services like Uber Eats. 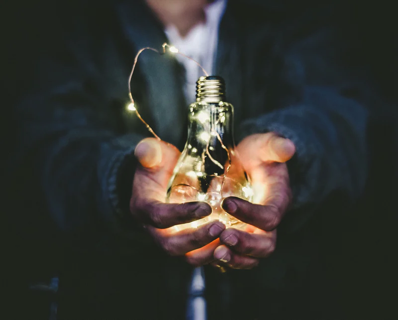 The best innovation ideas won’t always come from your own employees. A fresh set of eyes from external specialists and other organisations could be what you need to take your business to the next level. That’s where open innovation comes in.

“Regardless of how successful the company is and how talented their team is, there will always be more talented people with more knowledge outside the organisation,” says Bruno Moraes, open innovation hub Wayra’s country manager.

As a mentor to startups and new entrepreneurs, I continue to hear the refrain that business plans are no longer required for a new startup, since investors never read them anyway. People cite sources like this Inc.com article “5 Reasons Why You Don't Need a Business Plan,” or my own blog discussion on this subject, “Situations Where A Business Plan Does Not Add Value.”

I don’t have any career goals at the moment. I’m not worried about it.

Career progression is one of the most important stories in our culture. The American Dream. You’re supposed to start at the bottom and work your way toward the top. But you know what? The top sounds like a nightmare to me, and so do the steps in between.

I still want to get better at what I do, and I still want to learn new skills, but I’m doing those things for their own sake, not because of any sort of career plan.

What do you think of when you hear the term “virtual being”? Admittedly, this very well could be your first time hearing the phrase. Does it conjure memories of Max Headroom, that time the internet was bewildered by the Instagram influencer, Lil Miquela, or Travis Scott’s in-game Fortnite concert?

Virtual beings are an evolving phenomenon comprised of digitally-based characters that are capable of creating experiences through interaction with their terrestrial counterparts, often giving artificial intelligence a face. These avatars have applications in categories ranging from video games to beauty.

The second quarter of 2021 was the biggest quarter for venture capital activity ever, measured by dollars invested. The wave of funding led to a quarterly record of new unicorns — startups that reach the $1 billion valuation threshold — born in the United States, Asia, Europe and Canada, according to CB Insights data reviewed by The Exchange.

Data from FactSet concerning the quarter agrees. The second quarter was a record-breaker in terms of dollars invested, even if total deal volume eased some from the first quarter’s tally.

New entrepreneurs start businesses every day with great ideas and visions for success. However, many of these ideas never materialize and up to 20% fail within the first year.

This is especially true of one-person businesses, which make up a considerable portion of new companies. These "solopreneurs" may have the best intentions starting out, but many end up running out of funding or aren’t able to reach their target market.

If you think your business has weathered the storm, think again. In addition to obvious economic challenges, the emerging generation of customers is determined to radically change the rules for customer engagement. Their expectations of relationship and personalization are taxing businesses today, and their power through social media will kill those who can’t or won’t comply.

As the delta variant takes over in the U.S., new, localized outbreaks are emerging. Those surges are likely driven by pockets of dangerously low vaccination rates.

A new analysis done by NPR and Johns Hopkins shows that COVID cases are again surging in the U.S., now specifically in places with low vaccination rates. Meanwhile, the very contagious delta variant is now the dominant strain in this country. NPR health correspondent Rob Stein has been following this one. Hey, Rob. 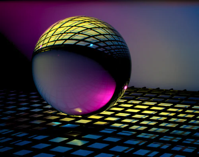 Quantum computing could change the world. It could transform medicine, break encryption and revolutionise communications and artificial intelligence. Companies like IBM, Microsoft and Google are racing to build reliable quantum computers. China has invested billions.

Recently, Google claimed that it had achieved quantum supremacy – the first time a quantum computer has outperformed a traditional one. But what is quantum computing? And how does it work?

What is quantum computing? Let’s start with the basics.

Pittsburgh is known as the Steel City, but these days, the city is turning to startups rather than steel. Mayor Bill Peduto led this charge since taking office in 2014. He recently spoke at TechCrunch’s City Spotlight: Pittsburgh event, where he outlined the opportunity and challenges for entrepreneurs considering founding and running their companies in Western Pennsylvania.

This is a trend across the United States, as cities once again turn to small businesses, such as tech startups, to reinvigorate and inspire. But, as Peduto points out, there’s a desperate need for more venture capital. The region also struggles to retain and recruit talent, echoed by CMU’s President Farnam Jahanian, who spoke at the same event.