This whitepaper begins with the Department of Commerce report that 100% of net job growth over the last 20 years can be attributed to startup companies - and goes deeper, exploring the three main drivers of startup companies: investment, innovation, and entrepreneurship - and how cities across the country measure up in terms of these metrics. Then finally, we explain what cities can do to help jumpstart the growth of startup companies, focusing on an exciting new economic development tool called crowdsourcing. We take a by-the-numbers look at regional innovation competitions as a cost-effective way to drive real growth in local startups, innovation, and investment.

ATLANTA - (Business Wire) Much like the inventions themselves, IP Advocate (http://www.IPAdvocate.org) began just over a year ago as an idea in one inventor’s mind – and has since grown to become a national movement that has amplified the collective voice of academic researchers on critical issues related to intellectual property rights. Dr. Renee Kaswan, former research professor and inventor of the groundbreaking drug Restasis®, along with a team of experts, launched the non-profit advocacy organization to address the inherent problems in university commercialization.

In its freshman year IP Advocate has been recognized for:

For government officials and planning consultants looking to create regional economic growth and drive innovation, industry clusters are the Holy Grail. Popularized by Harvard professor Michael Porter in the early 1990s, cluster theory holds that a government or economic development body can create a viable hub of economic activity in a specific industrial sector by bringing in businesses, suppliers, researchers, and additional related people or entities. In other words, a focused governmental effort can create something from nothing, turning, for example, a fallow field into a tech park bursting with highly competitive, innovative companies. Governments all over the world have invested millions—sometimes billions—of dollars to attract industries they consider strategic.

MUMBAI -(Dow Jones)- Venture Capital firms invested $475 million in 92 deals during 2009, down from the $836 million invested across 153 deals in the previous year, according to a study by Venture Intelligence and Global-India Venture Capital Association.

Venture capital firms, however, began to increase the pace of their investments in Indian companies in the October-December quarter, making 42 investments worth $265 million, compared to 23 investments worth $102 million in the comparative period a year earlier, the study said.

MADISON - Wisconsin entrepreneurs and researchers do a world-class job of coming up with ideas that will transform health care, energy, manufacturing and other industries. Finding the investors who can move those ideas forward is too often the problem.

While Wisconsin's angel capital investments have climbed steadily, the state continues to lag in the next stage of private equity investments - venture capital. These rounds of investment, which begin around $2 million and build upon smaller investments by individual “angels” or networks of such investors, can help turn a start-up into a thriving company.

John Campbell survives on just five hours of sleep — and that’s on a good night.

But it’s apparently enough to fuel the 20-year-old college junior, who divides his time between running a successful sneaker shop in Boston and attending classes at nearby Babson College, where he heads the student government and maintains good grades.

"It’s tough to balance," said Campbell, a Plainfield native. "I never go out, pretty much, but I don’t mind."

CHAPEL HILL, N.C. – Fifteen emerging companies will receive a variety of services and report from the University of North Carolina’s Kenan-Flagler Business School as part of its Business Accelerator for Sustainable Entrepreneurship program.

The BASE initiative is in its second year.

Support ranges from capital to expertise and focuses on what Kenan-Flagler calls a “triple bottom line” of profitability, social equity and environmental sustainability.

The school provides support through mentors, students who are working on Masters degrees in business, networking events, training, workshops, access to service providers, and opportunities for financing.

The visit formed part of a five-day tour of the UK to strengthen educational ties between the two countries. It comes at a time when India is exploring ways to develop its higher education sector, including plans for ‘innovation universities’, the first tranche of which will centre on health, the environment and new technologies for power plants.

The afternoon of activities at Imperial aimed to provide the minister with an insight into the College’s approach to innovation, from pure research right through to its translation to the market place. Key strategies discussed included the creation of interdisciplinary institutes that draw together researchers with a range of expertise to jointly tackle issues such as sustainable energy, climate change, global health and security science. Mr Sibal also explored Imperial’s creation of the UK’s first Academic Health Science Centre, in partnership with Imperial College Healthcare NHS Trust, which integrates the administrative structures of the university and the Trust in a way that enables research findings to be turned into new therapies for patients much more quickly than previously possible.

The world's most innovative company just announced that it can't do business in China. What does this tell us about the state of Chinese innovation? The question answers itself.

When Google entered China in 2006, it got a lot of advice from old hands that China's Leninist state would make it hard for them to do business. Google ignored this advice and gambled that the internet would prove stronger than the Communist party - that once Google was in the door on however compromised terms - popular demand for freer information would create incremental movement toward a more open internet.

Four years later, Google seems to have concluded that they were wrong and the old hands were right: in the short term, and within China 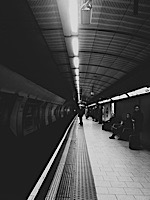 We've seen similar articles a few times in the past, but the NY Times has yet another story about how startup execs are less interested in going public than in the past, and suggests two key reasons:

1. The regulatory nightmare of going public, means that it's all paperwork and lawyers, rather than focusing on growth, innovation and markets. Sarbanes-Oxley remains a key problem here.
2. For startup founders, it's become a lot more tempting to just sell out to someone big -- because it's a lot easier, but can still earn you enough money to totally change your life.

Again, neither of these issues are all that new, but a decade ago, the focus for most startups was very much on building companies that could go public and standalone. Admittedly, in the dot com insanity, a ton of startups went public that had no business whatsoever being public standalone companies, but there's reason to fear that we've gone too far in the other direction.

It’s not enough to keep the deals flowing. Angel investors also have to keep sharp tabs on everything from event organization and member tracking, to syndicating opportunities and portfolio control. With no real solution available, David Rose, founder of New York Angels, one of the country’s most active angel groups, created one.

“In trying to streamline our processes, I looked far and wide for a tool or service to help with that. When it turned out no such platform existed, I decided to create one,” he says, explaining how Angelsoft came into being.

From his apartment in 1999, Marc Benioff started a new-fangled software company, Salesforce.com (CRM). While there have been some missteps along the way, the company is a model of success. Today, Salesforce.com generates more than $1 billion in sales, is profitable and has a market cap of $9 billion.

How did Marc do it? Well, now we have a chance to find out. That is, he has written an excellent book about his experiences and strategies, called Behind the Cloud: The Untold Story of How Salesforce.com Went from Idea to Billion-Dollar Company -- and Revolutionized an Industry.