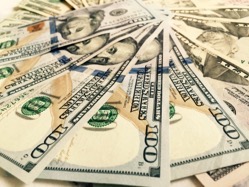 Dylan Field, the co-founder and CEO of San Francisco-based Figma, is on the cusp of an epic windfall after Adobe  (ticker: ADBE) announced plans to acquire his company for $20 billion this week. Field will stay on with Figma (which makes collaborative design tools), and he reportedly owns a a sizable stake in his company. Forbes estimated it at 10%, which means Field could be looking at a $2 billion payday from the deal. (Field declined to provide details of his ownership share with MarketWatch.)