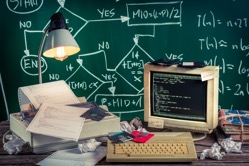 Quantum computing is an intriguing field that has seen quite a bit of growth over the past several years. However, there’s still a lot holding back the massive computers that researchers are working with – namely, their size and the sheer amount of control required to keep large-scale quantum computers running smoothly.