Throughout the last decade, wealthy families have gravitated away from hedge funds to private investments, including private equity and venture capital.

A big reason is that entrepreneurs who are comfortable with risk, and evaluating management teams and the potential success or failure of a business idea, are usually the reason a family became wealthy. And these families are drawn to the potential private investments offer for high returns.

Des Moines, Iowa — Iowa Governor Kim Reynolds, along with the Iowa Economic Development Authority and the Iowa Innovation Council, have announced the state’s Manufacturing 4.0 plan. They call it a roadmap to help Iowa manufacturers remain globally competitive through a fourth industrial revolution that emphasizes automation and smart technology.

Research by an international team of investigators has demonstrated the ability of trained dogs to detect aggressive prostate cancer from urine samples, and suggests that an artificial neural network could learn from this olfactory capability. The scientists say findings from the study, which is reported in PLOS One, could feasibly be used to help direct the development of novel, machine-based tools for detecting prostate cancer, which integrate canine olfaction with the analysis of volatile organic compounds (VOCs) in urine, microbial profiling, and artificial neural network (ANN)-assisted examination. Study lead Claire Guest, from Medical Detection Dogs, in the U.K., and colleagues in the U.K. and U.S., claimed, “We’ve shown it is possible to replicate the dog’s performance as sensors and brains, it is now time to put this technology in every smartphone.” 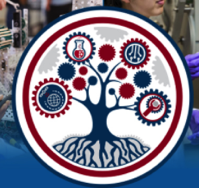 On December 23, 2020, the United States Patent and Trademark Office (USPTO), in consultation with the National Council for Expanding American Innovation (NCEAI), announced a request for public comments to assist in the development of a national strategy to expand the innovation ecosystem demographically, geographically, and economically. The USPTO is extending the time to submit comments to February 23, 2021. Submit comments through the Federal eRulemaking Portal at www.regulations.gov.

As of February 2021, COVID-19 has killed more than 2.2 million people around the world. The pandemic has changed the way we work, live, and socialize.

At the same time, 2020 also brought new reasons to be hopeful about climate change. With the election of Joe Biden as president, the United States is poised to resume a leading role on the issue. China committed to the ambitious goal of being carbon neutral by 2060. In 2021, the United Nations will gather in Scotland for another major summit on climate change. Of course, none of this guarantees that we’ll make progress, but the opportunities are there.

The coronavirus pandemic has kept many office workers away from their workstations for nearly a year. And, with vaccines slow to roll out, it’s likely they’ll still be home for at least a few more months. While companies have found ways to use remote productivity tools such as Zoom, Slack, and shared document editing tools to substitute for in-person collaboration, most office workers have still gone close to a year without any quality coworker socializing. 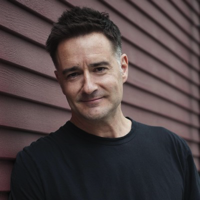 This week is National Entrepreneurship Week.

If you’re not yet an entrepreneur — but you want to be one — you might be wondering how you can use this week to help inspire your big idea... and how to take that leap. Well, I’m here to help!

They all started small, took risks, and had plenty of failures along the way. Here are five big names who’ve all used different, time-tested methods to find their game changer of a start.

It was March 2020, and the State University of New York’s campus in Oneonta, where Herzig is mayor, had responded to the Covid-19 pandemic by abruptly shifting to remote learning while students were on spring break. Some students were expected to return to dorms or off-campus housing, and Herzig argued that they needed to be told about bans on gatherings and other Covid-related protocols. 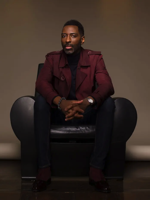 As COVID-19 causes layoffs and extends uncertainty about employment in 2021, many people are considering new options, reinventing themselves, or trying to decide whether working for themselves is more desirable than finding another 9-to-5 job that might not last. 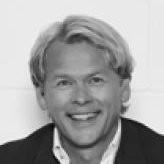 Although a nascent industry, particularly in Europe, venture capital has become an integral part of innovation and the technology sector. Since 2012 there has been a continuous increase in fundraising by European venture capital funds, and VC has been instrumental to the growth of some of the most successful and advanced European companies, ranging from Klarna to Kahoot, DeepMind to Spotify.

When a smattering of doctoral programs announced last spring that they wouldn’t admit an incoming class in fall 2021, the idea felt drastic. To some, it felt desperate.

But as the summer and fall wore on, more departments announced that they, too, would close their application portals. Nor were the pauses limited to small programs at less wealthy institutions; doctoral programs at seven of eight Ivy League schools and a coterie of other high-profile institutions decided to forgo new cohorts. A list of admissions suspensions maintained by The Chronicle since September now includes 131 programs. Still more programs admitted smaller cohorts than normal. 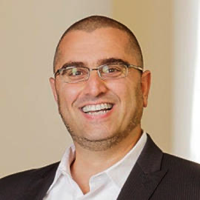 Scott D. Anthony is a Senior Partner at Innosight and former Managing Partner of the firm. As the leading expert on disruptive innovation and strategic transformation, Innosight brings a unique set of lenses to growth strategy. In his more than a decade with Innosight, Scott has advised senior leaders in some of the largest companies in the world. He has extensive experience in emerging markets, particularly in India, China, and the Philippines. In 2019, Anthony was recognized as the 9th most influential management thinker by Thinkers50, a biannual ranking of global business thinkers. In 2017, he was awarded the Thinkers50 Innovation Award, which recognizes the world's leading thinker on innovation.