Last Friday, as I was meeting in my office in Washington, DC with Nazeh Ben Ammar, president of the Tunisian American Chamber of Commerce, Zine el-Abidine Ben Ali, now the former president of Tunisia, was fleeing his country. As my guest awaited word on when the airport would re-open and Lufthansa would be permitted to return him home to his family in Tunis, we talked about his country, entrepreneurship and a new generation of youth in the Arab region.

Of particular note, was his observation that perhaps the WikiLeaks scandal might be having some unintended consequences. As relayed to me, revelations in U.S. embassy cables gave credibility to accusations of corruption at the highest level of government and resonated strongly with young Tunisians. Such open media attention raised the public’s temperature and provided cover for the genuine public dissent that began last month. Now it appears the Arab region must respond to an increasingly open source world where new, fearless generations will rebel – not as extremists, but as educated, yet unemployed citizens. If accounts from the dissenting young Tunisians on news channels are any indication, the uprising is at its core not so much a call for personal and political freedom, but one for economic freedom and opportunity.

Earlier this month President Obama signed the reauthorization of the COMPETES Act, which provides federal funding for science initiatives aimed at enhancing economic competitiveness. In addition to shoring up agencies like the National Science Foundation, the bill called on the Department of Commerce to create a new program charged with supporting the development of research parks and regional innovation clusters. Unheard of before World War II, these entities today represent the cutting edge in what insiders call TBED: technology-based economic development. By leveraging existing strengths and promoting cooperation between universities and private industry, TBED-minded regions seek to attract outside investment and carve out a niche in the global economy.

The theory of multiple intelligences was developed way back in 1983 by Dr. Howard Gardner, at Harvard University. He suggests that the traditional notion of intelligence, called the Intelligent Quotient (IQ), is far too limited. Instead, he now has broad acceptance for at least eight different intelligences that cover a broad range of human potential. These include:

In the 2007 movie The Bucket List, corporate billionaire Edward Cole and working class mechanic Carter Chambers meet in hospital and decide to do the things they’ve always wanted to do before they die. So why not take the same approach to your business and prepare your own ‘Business Bucket List’ for 2011?

How many times have you heard people say, “I’ll wait for the economy to pick-up” or “I’m getting ready for the next big wave”?

If you only had a year to improve your business and get it running like a well-oiled, profit-making machine, would you sit and wait for the optimal external factors to arise?

So, why not make your ‘Business Bucket List’ now and see what you can achieve in 2011?

One hundred-million-dollar business ideas are the stuff of legends. Usually we read about them in the context of an entrepreneur who decided to follow his passion, or a founder who just happened to be the rocket scientist of his industry. Most of the time, however, this is not where great ideas or great companies come from. I interviewed 45 company founders, each of whom started, grew, and sold a company for $100 million or more, or took their company public for $300 million or more. Here are some of their secrets.

Governor Dave Heineman’s economic development proposals to jump-start the state’s economy include one that would make use of so-called angel investors, to spur high-tech business development.

There are lots of things in this world people get addicted to: alcohol, nicotine, heroin, sex, and iPhones just to name a few.

But perhaps the biggest addiction of them all is the addiction to our own ideas. Here's how it works:

We think something up. We feel a buzz. We tweak it, we name it, we pitch it, and POOF, the addiction begins.

At first, like most habits, it's a casual pursuit with a thousand positive side effects: increased energy, renewed focus, and a general feeling of well-being. Like wow, man. But then... 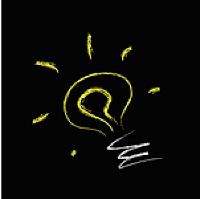 The market for acquisitions is on the mend, as deal activity and dollars increased for the first time in two years. That’s a good sign for venture capitalists - but to truly capture whether these investors are benefiting we have to look at what they’re putting in versus what they’re getting out.

Venture firms are generally secretive about their investment returns on individual deals, so it’s impossible to get a fully accurate picture for the industry. But we can get a rough idea as to how the returns might be trending by taking a look at how much venture capital start-ups raised relative to their acquisition prices.

But what I found working for a large Valley corporate in the last few years is that it is not hard to find talent. The real problem is that companies are not ready for new talent. There is not enough flexibility in them to really embrace change and use creative, innovative and hungry developers to the best of their abilities. Companies want the new and cool, and then they try to force it to function just like the old and rusty. It's like trying to turn a 1980s Honda into a Hybrid with some batteries and duct tape. 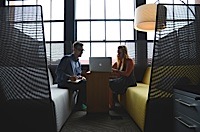 At MaRS, we spend all our time thinking about how to help Canadian technology and social businesses grow.

One of the ways we do this is our blog. It’s a way for us to keep you informed about the trends that might affect your business, the tips and tools for building that start-up better as well as the stories of other Canadian entrepreneurs who are making it happen.

Did you miss a post? Never fear! Here’s the list of the most popular blog posts of 2010.

Join more than 1,800 energy leaders to explore how global energy challenges are directing research and investment priorities and driving American innovation.
Space is filling up fast - register and book your room now!

The 2011 ARPA-E Energy Innovation Summit will convene the key players in the nation’s energy innovation community to spur the networks that will bring about the next Industrial Revolution in clean energy technologies.