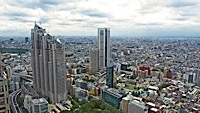 Since the late 1990's, many of Greater Philadelphia's leaders and key thinkers have focused on what has become the great challenge of cities and regions in an increasingly horizontal and globalizing economy: the attraction and retention of top college students and highly skilled young professionals.

Today, Campus Philly represents the merger of several programs launched in the past decade to maximize the connections between colleges, students, business, and our communities. This work is made possible with $1M grant from the City of Philadelphia's Department of Commerce, building off the activities of what had been known as the Knowledge Industry Partnership (KIP).

NEW YORK, Sept. 2, 2010 - Americans expressed faith in the country's workforce but voiced concerns that government policies may be putting the manufacturing sector at a disadvantage and dissuading Americans from pursuing production jobs, according to a new Labor Day survey from Deloitte and The Manufacturing Institute.

Animal flocks, be it honeybees, fish, ants or birds, often move in surprising synchronicity and seemingly make unanimous decisions at a moment’s notice, a phenomenon which has remained puzzling to many researchers.

New research published today, Wednesday 15 September, in New Journal of Physics (co-owned by the Institute of Physics and German Physical Society), uses a particle model to explain the collective decision making process of flocks of birds landing on foraging flights.

Using a simple self-propelled particle (SPP) system, which sees the birds represented by particles with such parameters as position and velocity, the researchers from Budapest, Hungary, find that the collective switching from the flying to the landing state overrides the individual landing intentions of each bird. 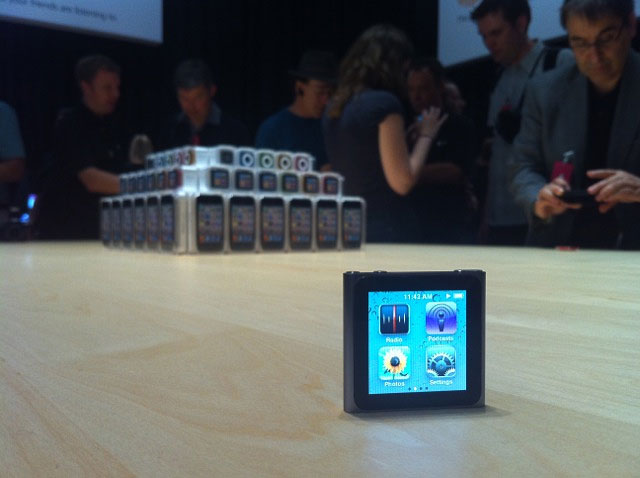 Apple showed off the latest editions of its iPod lineup and the Apple TV earlier today. The new iPod Nano loses the physical controls and adopts a multitouch display. The iPod Shuffle, however, gets them back.

Just as GE was launching its $200 million ecomagination technology challenge in July, preliminary results were also being released from the wide-ranging “GE Innovation Barometer” — an independent survey of 240 Brussels opinion leaders on innovation policies in the European Union. Today, the full results were published, coming at a time when the theme of innovation is a hotly debated topic across Europe as the EU has placed innovation at the core of its 2020 strategy and the European Commission’s much-anticipated Innovation Strategy report and action plans will soon be issued. Among the key themes that emerged from today’s report are the need to remove barriers to innovation; a call for more public-private partnerships; and a strong desire to develop policies that encourage more entrepreneurial risk-taking and venture capital investing. As one respondent said in the survey: “I see other countries like the United States as not so much having good policies on innovation but creating an environment that fosters an innovative spirit.” And as Nani Beccalli-Falco, President and CEO of GE International, succinctly said in the Barometer’s foreward: “We have a choice: to innovate or stagnate.”

Do I stand any chance working a different job than the one I was offered and accepted? I interviewed for a position at a prestigious financial firm in a dream location with great people and did exceptionally well. I’m expecting an offer soon.

The bad news? The position is a software engineering role. And I hate software engineering. Hence my dilemma. Unfortunately, I’m a good programmer and it’s what I’ve been doing for 10 years. It’s not that hard for me to get offers. The problem is I’m burnt out: I can no longer stand doing the coding part of the job anymore. I desperately need more people-oriented work, for my own sanity. But I don’t have the financial luxury of taking the time to go to business school.

It is so fascinating that everywhere I go in China this week, people are trying to sell me the Chinese versions of iPhone, iPad and other iThings that Apple has yet invented. I was really interesting to get my hands on the Apple Skin, the nickname of a Chinese original (yes, original, patent cleared) add on device that turned an iTouch into an iPhone but unfortunately they were taken off the market, so I went for an iHaircut instead. Not bad at all, there is really no risk for me here, it is not like buying an iPhone here in China. You never know what you’ll get.

One guy showed me how it works; it was working really well when I used it to make a test call. That’s a real innovation that Apple missed. You can make calls and send text with this silicone rubber case with a SIM card slot and a dock connector. It is produced by a start-up Yosion Technology and was selling for RMB 388 (US$57) apiece. The gadget was invented by a 24-year-old Chinese graduate who felt it “inconvenient to have a mobile and an iPod Touch at the same time, and decided to solve the problem himself. We need more people like him.

The UK Intellectual Property Office has kicked off a year long research programme into intellectual property and its value to the economy, with the aim of ensuring policy and decisions are supported by appropriate evidence.

The programme, in which the UK Intellectual Property Office will work with partners elsewhere in Europe and in the US, includes an assessment of the role intellectual property plays in the knowledge economy and an analysis of data on levels of investment in copyright and design. 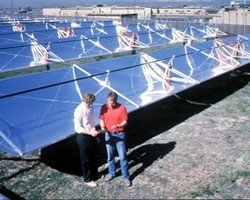 The U.S. Department of Energy (DoE) selected five projects to build and strengthen what it calls “innovation ecosystems” designed to accelerate the movement of new energy technologies from university laboratories to the market. This is the first time DoE has funded this type of university-based commercialization.

The ecosystems will bring together universities, the private sector, the federal government and DoE’s national laboratories to identify and develop new clean energy technologies and help them succeed in the marketplace. The projects will receive a total of $5.3 million in federal funding over three years, which are expected to be supplemented with grantee investments, for a total of $9 million.

The innovation ecosystem awards are led by universities or nonprofits based in five states, and include a total of 80 project partners from across the public, private, and not-for-profit sectors. DoE says the projects listed below were selected to help nurture and mentor entrepreneurs, pursue intellectual property protection for technological innovations, engage surrounding businesses and venture capital investors, and integrate sustainable entrepreneurship and innovation across university schools and departments.

nkling, a startup that debuted two weeks ago with an iPad app and first-round funding of an undisclosed amount from mighty Sequoia Capital, offers a compelling glimpse into a crystal ball.

Textbooks, as we have known them, are dinosaurs stumbling toward extinction. Inkling, which is based in San Francisco and has already struck deals with publishers Cengage Learning and McGraw-Hill to add interactive content, aims to usher in a new era in which college students will tote virtual libraries on tablet computers and laptops, with the usual text enhanced by videos, 3-D displays, quizzes and social interaction.

Aydin Senkut, an ex-Googler, had an inkling about Inkling while he was making a mint on Mint, the online personal finance startup that Intuit acquired last September for $170 million. Tablet computers were largely a rumor when Senkut invested in Inkling founders Matthew MacInnis, Robert Cromwell and Josh Foreman, impressed by their vision for reinventing the textbook from scratch.

BETHLEHEM, Pa. -- The Ben Franklin Technology Partners of Northeastern Pennsylvania (BFTP/NEP) approved the investment of $480,300 in regional companies. BFTP/NEP is an award-winning, state-funded economic development organization that links early-stage technology firms and established companies with experts, universities, funding, and other resources to help them prosper through innovation.

Since beginning operation, BFTP/NEP has helped to create 14,301 new jobs and retain 21,236 existing jobs, to start 408 new companies, and to develop 948 new products and processes. The Pennsylvania Ben Franklin program returns $3.50 to the state for every $1.00 invested. For those managers worried they are staffing their teams with a bunch of jerks, we have this handy quiz! Answer truthfully and learn if you are a leader of obnoxious superstars.

Answer true or false to each statement below. The people who get ahead at my workplace: