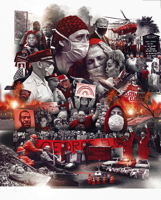 This is the story of a year you’ll never want to revisit.

There have been worse years in U.S. history, and certainly worse years in world history, but most of us alive today have seen nothing like this one. You would need to be over 100 to remember the devastation of World War I and the 1918 flu pandemic; roughly 90 to have a sense of the economic deprivation wrought by the Great Depression; and in your 80s to retain any memory of World War II and its horrors.

Image: The pandemic enforced a kind of communal isolation, framing a cascade of public catastrophes and injustices with loneliness Photo-Illustration by Neil Jamieson for TIME

My big question for 2021, and the one that is on every startup’s mind, is how will a cataclysmic event such as a global pandemic show up in post-pandemic innovation? I think we’re in the early innings of seeing what ‘aha moments’ have materialized into companies. And we won’t know the pandemic’s true impact on our psyches until the dust settles and we have an opportunity to reflect. 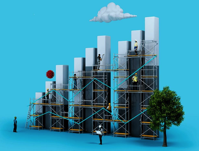 This year, we launched a new series to highlight our best charts and data visualizations—the ones that deserved lives of their own outside the articles they were originally created for. Every weekday, we post a selection from one of our highly skilled data-visualization editors to our collection page, Charting the Path to the Next Normal. As we look back at the year that was, these daily charts tell a story about our changing world, from the early days of lockdowns and a tumultuous summer to ending the year on a hopeful note. While uncertainty remains, and each chart in isolation offers but one lens on the landscape, the themes emerging from the collection as a whole provide unique insight into the many disruptions 2020 visited on us.

Bill Gates isn’t about to be contemplating his touchdown dance yet. You don’t get to devote your life to battling the world’s most intractable problems by declaring victory before a fight is over. But in a letter Gates released this morning, headlined, “These breakthroughs will make 2021 better than 2020,” it’s clear that the co-chair of the Bill and Melinda Gates Foundation is feeling pretty sanguine about the year ahead—particularly when it comes to COVID-19.

At last, we’re headed into another new year! Most of us just want to forget 2020 and hope that 2021 fulfils the promises of economic recovery. January 1st is always seen as new opportunity and below, you will find 5 New Year’s resolutions that are perfect for entrepreneurs to start off the year on the right direction. 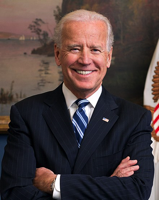 If 2020 hadn’t been the year of COVID-19, it might have gone down as the year that the climate crisis became more obvious than it had ever been before. By the end of January, fires in Australia that began in late 2019 had burned through an area larger than Ireland. In April, the Great Barrier Reef reported the most widespread coral bleaching event on record. In July, as much as a third of Bangladesh flooded, displacing millions of people. In August, record-breaking fires in California temporarily turned the sky dark orange, and then made it unsafe to breathe outside for weeks. In November, after a record number of storms in the Atlantic, typhoons in the Pacific flooded Vietnam and damaged hundreds of thousands of homes in the Philippines. In the U.S., there were a record number of billion-dollar disasters over the year.

By the end of 2021, Intelligent Assistants (IAs) of the automated variety will be everywhere. They will take the form of chatbots, voicebots, virtual assistants, conversational IVRs and personal virtual agents. They will be invoked over smartphones, smartspeakers, websites, voice consoles in cars and popular messaging platforms. They are finally emerging as “go-to” resources for frequently-invoked applications and services, often starting with a question to be answered and then progressing through search and, ultimately, successful resolution of an issues or completion of a purchase. 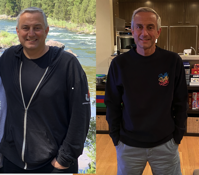 I’ve been reluctant to write this blog post because historically I don’t like talking about weight. But I’ve been promising to publish how I lost 65 pounds in the past 18 months without any fad diets or gimmicks to try and be helpful to others. I have a plan, I know it works and for the friends and family who have followed what I’ve done they’ve equally lost a lot of weight.

Are you often frustrated that people reporting to you, or key peers, seem to dodge accountability for their actions? They are quick to claim the credit for things in their domain that work, but also quick to disclaim responsibility for problems that keep popping up. Perhaps you need to do more to be a role model for accountability, and provide more coaching on exactly what it means.

Most business professionals I know will go to great lengths to take a neutral position on internal business conflicts, on the assumption that all conflict is bad for the company as well as their political future. In my experience, a level of disagreement among key team members is a sign of a healthy organization, allowing it to survive and prosper in this age of multiple disruptive trends.

Yesterday I wrote about my weight loss journey of the past 18 months where I lost 65 pounds in 18 months with no gimmicks or fads. No paleo, keto, intermittent fasting — just sensible eating. If you didn’t read the post it might be worth clicking on the above link.

The year’s top INSEAD Knowledge articles took stock of the Covid-19 pandemic’s shattering global impact, while imagining what life will look like when the smoke clears. From forms of emotional coping to strategic solutions for business recovery, INSEAD faculty offered insights on adjusting to profoundly disrupted lifestyles and working conditions. At the same time, they reminded us that the post-Covid world is, to a great degree, a work in progress. It’s up to us.