LX Innovations, a specialist in the development of low power electronic and wireless designs, has announced the availability of a new government grant scheme beginning in January 2010. The grants can assist businesses with the funds necessary for the development of electronic, firmware and software concepts, prototypes and products.

As announced in the 2009-10 Budget, the Australian Government is establishing Commercialisation Australia to provide a radical new approach to commercialising promising Australian research and ideas. The grants are designed to assist entrepreneurs, researchers and cutting edge firms turn ideas into feasible products and ventures.

When I [Sharon Dotan] attended the Canadian Innovation Exchange (CIX), I heard a wonderful keynote by Bill Buxton, Principal Researcher at Microsoft Research and a passionate advocate for innovation.

So what exactly is innovation? We usually think of innovation as an “Aha!” moment (as Oprah would say) that an individual has. We think of Alexander Graham Bell and the telephone. We think of Thomas Edison and his many patented inventions (well over 1,000). But is this the reality of innovation? Buxton says no.

Most of Edison’s patents in fact, were simply improvements made on an original idea thought up and created by others. Innovation is a team sport! And to be innovative, you need to stack your team with great individuals that bring a variety of skill sets from across the board. Think of hockey – you can’t just have all the top goalies on your team and expect to be a winning team – no matter how good all those goalies are, you’ll still have a losing team without good forwards and defensemen.

American startups are not alone when it comes to the well of venture funding drying up. A recent report by the Israel Venture Capital Research Center has found that funding in Israel fell drastically to $1.12 billion in 2009, nearly half the amount from the previous year. The 46% decrease marks the lowest funding numbers since 2003 and ends Israel's streak of three consecutive years with increasing number of companies and funding dollars.

The numbers are a sign of the worldwide economic stress that is affecting countries large and small across the globe. While funding plummeted between 2008 and 2009, the number of companies funded only fell roughly 7% from 483 to 447, which means less money is being given to each company. In the fourth quarter of 2009, the average financing round was just $2.2 million, down from $3.61 million during the same period in 2008.

Turns out Bill Gates' attention-getting debut on Twitter was just the prelude. The Microsoft chairman and Bill & Melinda Gates Foundation co-chair today is launching a new site, dubbed The Gates Notes, where he'll be writing about what's on his mind, posting information from his trips, and sharing excerpts from his exchanges with experts and leaders in areas including science, energy, philanthropy and other global issues.

"Since leaving my fulltime job at Microsoft to dedicate more time to our foundation, a lot of people have asked me what I'm working on. It often feels like I'm back in school, as I spend a lot of my time learning about issues I'm passionate about," he says in an introductory note. "I'm fortunate because the people I'm working with and learning from are true experts in their fields. I take a lot of notes, and often share them and my own thoughts on the subject with others through email, so I can learn from them and expand the conversation."

We've written quite a bit in the past about the challenges and opportunities facing journalism, a subject which of course is near and dear to our hearts.

New models are emerging. Traditional players are fading away. And entrepreneurs are trying to fill the gaps. Those trends were on full display today when The New York Times announced plans to roll out a new payment system for its Web site beginning next year. The Times -- the number one newspaper Web site in the country -- plans to allow readers to access a select number of stories for free each month before enacting a flat fee.

1. Exercise!! We all get stressed with our jobs. Whether your stuck in a cubicle for 8 hours or work from home like I do, we all obtain stresses in our lives. Exercise improves mental health so you can deal with future stress in a better way. Physically fit people tend to have lower rates of anxiety and depression than sedentary people. Most people that are stressed sit at a desk.

Riccardo Pietrabissa got into tech transfer the old-fashioned way: he made a deal. The bioengineering professor and vice rector at the Politecnico di Milano, Italy, started that university’s patent office when the payment for funding his experimental biomechanical laboratory came due.

“My transition to the tech transfer office started in 1998 when I was an assistant professor. I asked the rector for a grant to establish the lab,” said Pietrabissa, who is 53. “In 2001 the rector called and said he was happy with the lab, and reminded me I was in debt to him. He wanted to establish a patent office in the university, so I had to do that.”

That was a dramatic departure from his research on biomechanics to simulate parts of the human body such as portions of the cardiovascular system or a hip joint. But he embraced the challenge. SeedStart, a joint effort among several venture firms to spur entrepreneurship, is launching a summer program aimed at technology startups based in New York City.

The early-stage tech startups that are selected to be a part of the eight-week program will each receive a $20,000 investment, as well as mentorship from experienced NYC-based VCs entrepreneurs, administrative and technical help, free office space, and expert guidance in the legal and business aspects of launching a company and a product.

Idaho Gov. C.L. “Butch” Otter gathered on Jan. 21 with business leaders from around the state to launch the Idaho Technology Council – a private sector group focused on growing the state’s high-tech economy.

“Idaho’s growth as a technology center has cooled, and the Idaho economy cannot afford that,” stated ITC Chairman Rich Raimondi, a recently retired vice president at Hewlett-Packard. “We know the priorities to re-energize growth in this critical sector are human capital, public policy, financial capital and research and development, and we have formed committees with leaders from across the state to work those issues.”

“The goal now is to turn this into a campus that exudes innovation, invention, and entrepreneurship,” Hultin said yesterday at a Town Hall. Members of the firm Jonathan Rose Companies, chosen to spearhead the project, described fancy green and “form meets function” design plans, such as “data and electrical ports suspended from the ceiling, enabling students, faculty, and researchers to easily move wheeled stations as needed.” Whoa, technology.

I [Stuart Lynn] was intrigued when reading a story recently which defined the meaning of innovation as the execution of an idea, whereas creativity was having the idea in the first place. Most people I speak to would instinctively lump these two things together and call them innovation. So, I went off to the web to check this out; here I found a number of meanings. A couple that jumped off the page were…

Being from an R&D background, this strikes a chord with me as it combines the idea and the delivery, and more importantly it goes further to look at commercialising… I wonder how many companies put all of their effort into the first two parts and forget the last and arguably most important part? I have to say that I’ve seen this happen on more than one occasion. 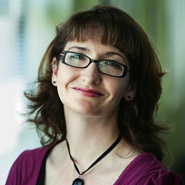 OK, you’ve taken the plunge — gone out on your own — told the boss to stick it and set up your own business. You’ve left the corporate world behind and you’ll be playing by your own rules from now on! No more management hierarchies, no boring meetings, no budgets and no getting sign-off to spend any money. From now on, you’re your own boss and no one can tell you what to do.

The first thing you need to do in order to take the amazing idea in your head and turn it into a fully-fledged company is to raise capital, and the first piece of advice you’ll get is to create a business plan and a forecast. If that sounds like an awful lot of hard work, you’re right. If you don’t even know where your next pay cheque is coming from, how can you be expected to have foresight years ahead on the performance of a company that exists only in thin air? It also sounds suspiciously like a budget — something you thought you’d left behind in the corporate world.